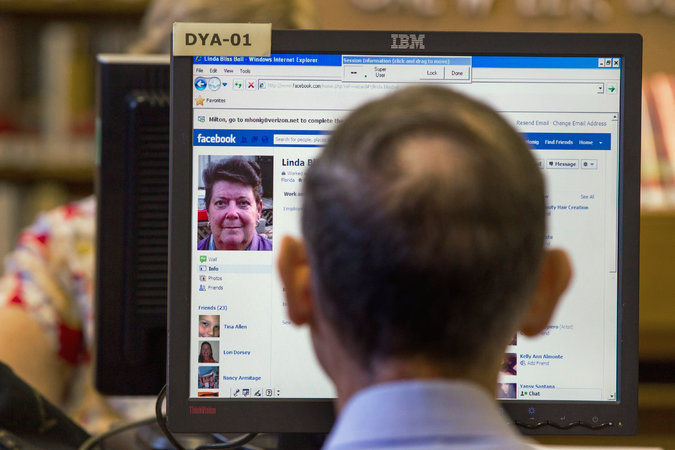 Excerpt from this article (and there’s a cute story at the end about a grandpa who comments LOL on everything because he thinks it means “lots of love”):

…He successfully avoided social media for years. But after returning home to Indiana from my wedding a couple of months ago, he wanted to be better at keeping in touch with family and with the friends he remembers from my childhood. He told me over Facebook chat (naturally) that his curiosity about what others were up to was his main motivator in finally learning to navigate Facebook.

Now, like the rest of us, he’s hooked. He’s had a ball wishing happy birthday to my friends, commenting on our status updates and sharing his own life’s highlights. He still signs comments with his initials, but he’s learning. He has even joined a Facebook group for local music enthusiasts, sharing memories about his favorite concert (The Beatles in 1964) and photos of his drum set.

“Initially, I think I viewed it as something ‘newfangled’ that only the younger computer-generation used,” he said. “Then, like probably everybody, I started to become hooked as I saw just how expansive it is, and how much it seems to literally touch so many lives.”

The findings might not come as any surprise to countless members of the digital-savvy generations who have watched (and cringed) as their parents fell in love with Facebook, but researchers say the online lives of older adults, who are a part of the fastest-growing demographic on social media, are much more mysterious than the much-scrutinized behaviors of younger generations.