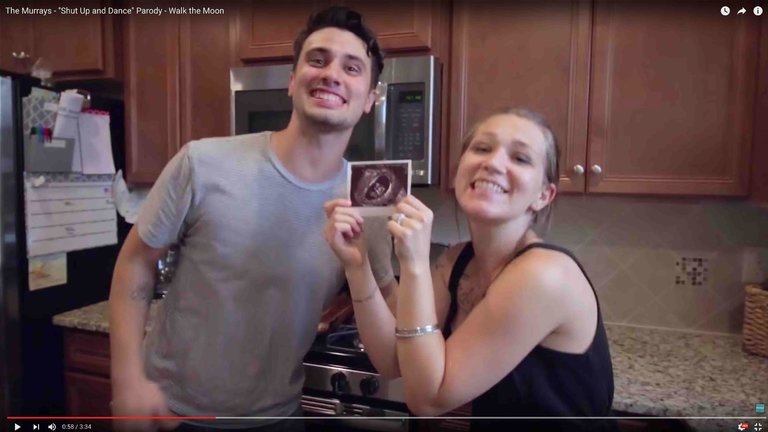 When Danielle and Jon Murray of Raleigh, N.C., learned they were having their first child five years ago, they were too embarrassed to tell their friends and family… When she became pregnant with their second child, the couple, by then married, hosted a gender-reveal party. With their third child, they posted a photo on Facebook. But when she got pregnant for a fourth time last year, Mr. Murray, a videographer, wrote a parody of the electronic hit “Shut Up and Dance” by Walk the Moon and filmed a three-and-a-half-minute video… To date, the video has garnered nearly 1.8 million views.

Consider the modern couple who have just learned they’re having a baby. How should they inform their friends and family? Write a note? So 1950s. Place a call? So 1970s. Send a mass email? So 1990s.

These days, when couples want to let their loved ones know they’re having a child, they often whip out their cellphones, shoot a video and post it on social media. Couples are putting their babies’ names in lights even before their babies have names.

Pregnancy announcement videos have become so popular they’re becoming businesses all their own, with YouTube compilations, Pinterest pages and morning television segments.