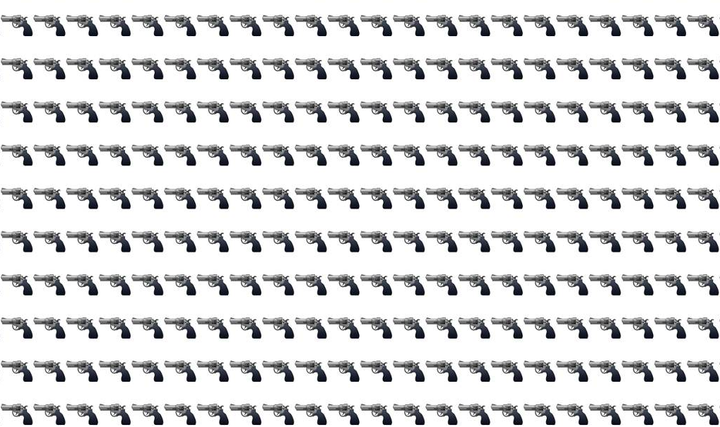 According to sources in the room, Apple started the discussion to remove the rifle emoji, which had already passed into the encoding process for the Unicode 9.0 release this June. Apple told the consortium it would not support a rifle on its platforms and asked for it not to be made into an emoji. “I heard Apple speak up about it and also Microsoft,” one member present at the discussions told BuzzFeed News.

This is a somewhat unusual decision, as most accepted candidates get approval to become full-fledged emojis. However, the member said the debate wasn’t all that contentious, perhaps because a handgun emoji was encoded into the original emoji release. “Nobody in the room seemed to mind not encoding the rifle.” The other candidate the consortium rejected during the meeting was “modern pentathlon,” which depicts a man firing a pistol.