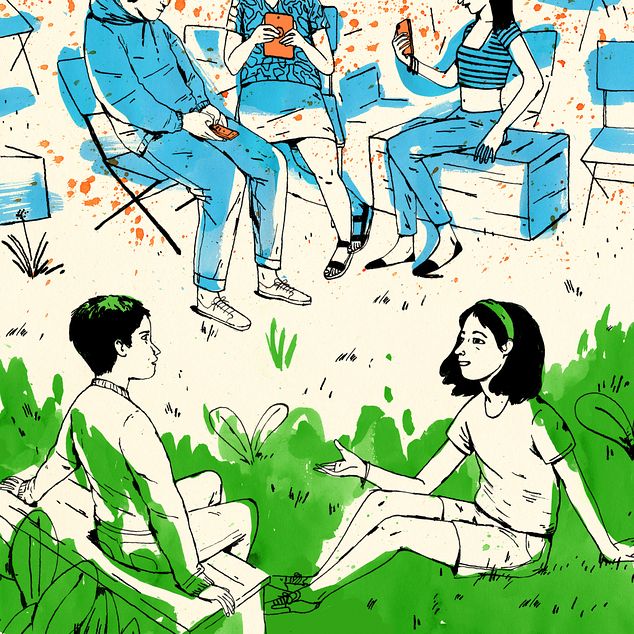 Such abstention from social media places him in a small minority in his peer group. According to a 2015 report by the Pew Research Center, 92% of American teenagers (ages 13-17) go online daily, including 24% who say they are on their devices “almost constantly.” Seventy-one percent use Facebook, half are on Instagram, and 41% are Snapchat users. And nearly three-quarters of teens use more than one social-networking site. A typical teen, according to Pew, has 145 Facebook friends and 150 Instagram followers.

But what if a teen doesn’t want to live in that networked world? In a culture where prosocial behavior happens increasingly online, it can seem antisocial to refuse to participate. Are kids who reject social media missing out?

…Most of the social-media abstainers whom I interviewed aren’t technophobes. On the contrary, they have mobile phones that they use to contact their friends, usually via text. They are internet-savvy and fully enmeshed in popular culture. And they are familiar with social media. They just don’t like it.