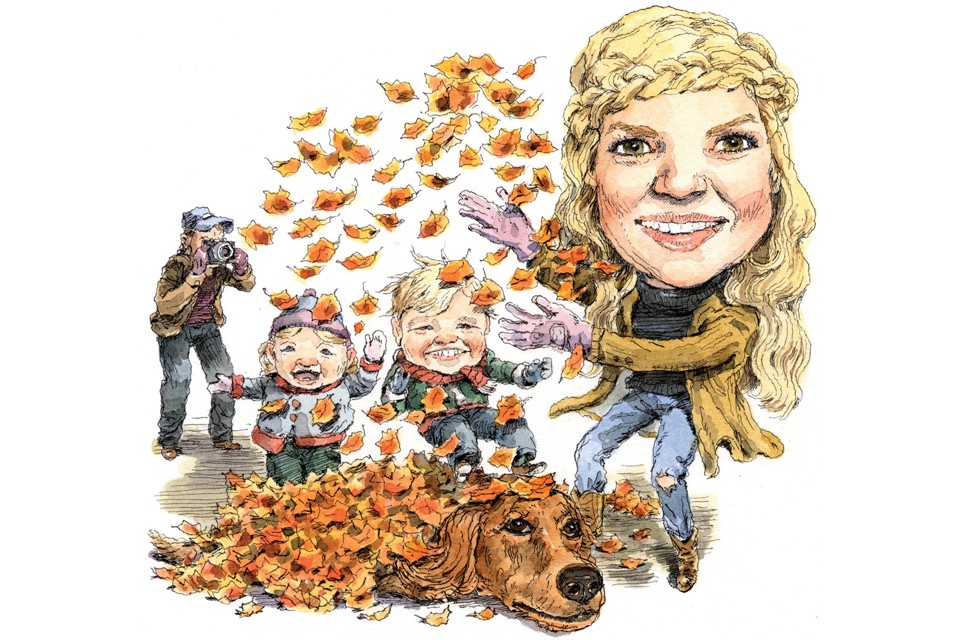 [Barefoot Blonde]’s portrait of domestic bliss has earned her a top spot among the second generation of so-called mommy bloggers. She joins a clique of stylish women, among them Naomi Davis of Love Taza and Rachel Parcell of Pink Peonies, who have acquired loyal followings (and incomes rumored to be in the seven figures) by showing themselves excelling as ordinary wives and mothers. If the feats these blogs capture are familiar—dressing well, attending to children—this is a key part of the appeal; the women epitomize a new breed of celebrity, as public fascination expands beyond the rich and famous to the well-off and above-average. “We’re seeing people following almost idealized versions of themselves,” said Rob Fishman, a co-founder of Niche, an ad network for online influencers that is now owned by Twitter. “It’s this attainable perfection.”

… They were already planning ahead to ensure their new home would offer attractive backdrops. “So we’re thinking of having an indoor gym in our home because if we could even say yes to one or two fitness campaigns, then that would pay for the gym itself,” Fillerup Clark explained. They’d sprung for an outdoor shower for similar reasons. “Sometimes we’ll have a campaign where we’re doing shaving cream, and it’s a little awkward to be indoors in your shower, so it makes more sense to have a beautiful outdoor shower and do it out there.” They were incorporating picturesque window seats, and had come up with a special design for what they called “Amber’s hallway”: It would be extra wide and lined with windows and, according to Clark, was partly “based off of ‘I want to take pictures there.’ ”

“The more our house becomes Pinnable, the more it leads back to the website,” said Clark. “We want it to traffic well. We want it to go viral.”