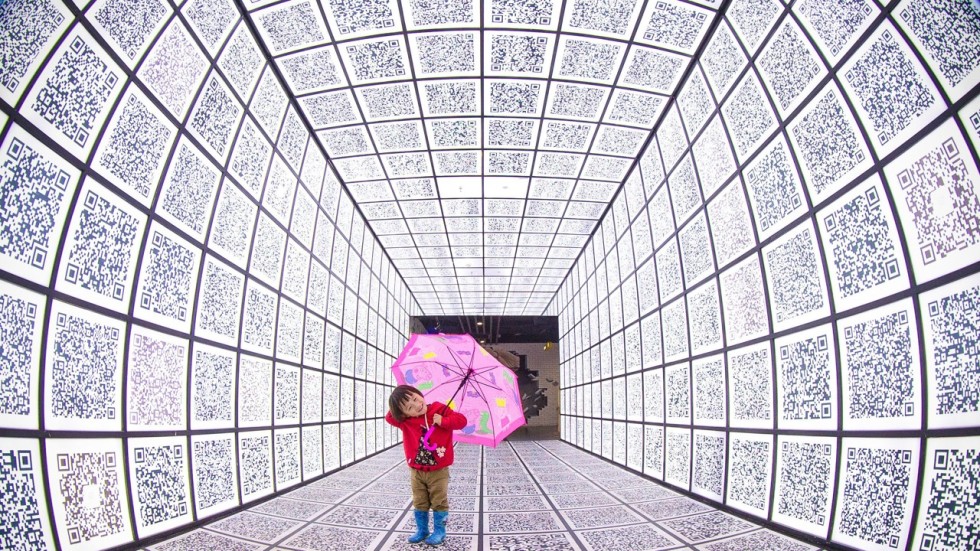 Thanks to QR code’s rapidly increasing usage at off-line shops, the amount of mobile payments on the mainland is now 50 times greater than that of the US. Mobile payments in the US totalled US$112 billion in 2016, according to Forrester Research.

To consumer behaviour researcher Chen Yiwen, we are witnessing the dawn of “codeconomy”.

“China has started the transition to a cash-free economy faster than anyone could have imagined, largely because of the viral spread of two-dimensional barcode,” said Chen, a professor and researcher with the Institute of Psychology, Chinese Academy of Sciences in Beijing. “It creates a new economy based on scannable codes.”

From big cities to remote villages, the codeconomy is already changing Chinese social behaviour, according to Chen.

Some restaurants have pinned barcode tags to the chests of waiters, waitresses and even chefs. Customers can scan the code to leave a tip if they are satisfied with service.