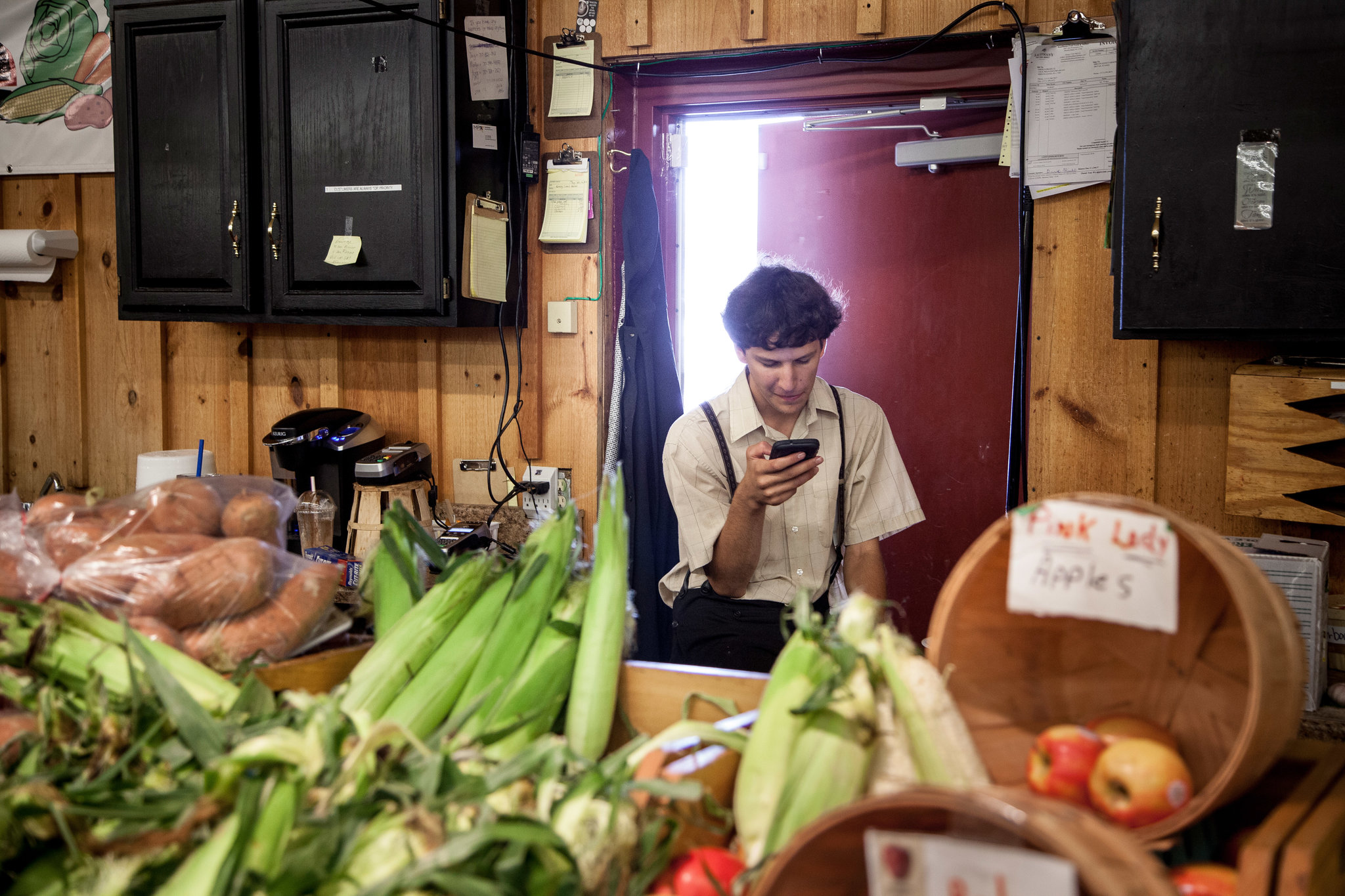 A young woman, wearing a traditional full-length Amish dress and white bonnet, stepped away from a farmer’s market, opened her palm and revealed a smartphone. She began to scroll through screens, seemingly oblivious to the activity around her.

Not far away, a man in his late 60s with a silvery beard, wide-brimmed straw hat and suspenders adjusted the settings on a computer-driven crosscut saw. He was soon cutting pieces for gazebos that are sold online and delivered around the country.

The Amish have not given up on horse-drawn buggies. Their rigid abstinence from many kinds of technology has left parts of their lifestyle frozen since the 19th century: no cars, TVs or connections to electric utilities, for example.

But computers and cellphones are making their way into some Amish communities, pushing them — sometimes willingly, often not — into the 21st century.