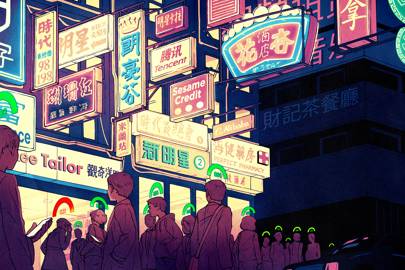 Imagine a world where many of your daily activities were constantly monitored and evaluated: what you buy at the shops and online; where you are at any given time; who your friends are and how you interact with them; how many hours you spend watching content or playing video games; and what bills and taxes you pay (or not). It’s not hard to picture, because most of that already happens, thanks to all those data-collecting behemoths like Google, Facebook and Instagram or health-tracking apps such as Fitbit. But now imagine a system where all these behaviours are rated as either positive or negative and distilled into a single number, according to rules set by the government. That would create your Citizen Score and it would tell everyone whether or not you were trustworthy. Plus, your rating would be publicly ranked against that of the entire population and used to determine your eligibility for a mortgage or a job, where your children can go to school – or even just your chances of getting a date.

A futuristic vision of Big Brother out of control? No, it’s already getting underway in China, where the government is developing the Social Credit System (SCS) to rate the trustworthiness of its 1.3 billion citizens. The Chinese government is pitching the system as a desirable way to measure and enhance “trust” nationwide and to build a culture of “sincerity”. As the policy states, “It will forge a public opinion environment where keeping trust is glorious. It will strengthen sincerity in government affairs, commercial sincerity, social sincerity and the construction of judicial credibility.”