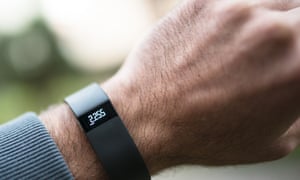 Dabate told police that a masked assailant came into the couple’s suburban home at around 9am on 23 December 2015 and subdued Dabate with “pressure points” before shooting his wife, Connie Dabate, with a gun that Richard Dabate owned. He said that the man killed his wife as she returned through their garage from a workout at the local YMCA. Dabate claimed that he eventually chased the assailant off with a blowtorch.

But the Fitbit tells a different story. According to data from the device, which uses a digital pedometer to track the wearer’s steps, Connie Dabate was moving around for more than an hour after her husband said the murder took place. Not just that – it also showed she had traveled more than 1,200ft after arriving home, contrary to Dabate’s story that she was killed as she arrived. The distance from her vehicle to the location she died is “no more than 125ft”, according to police documents.