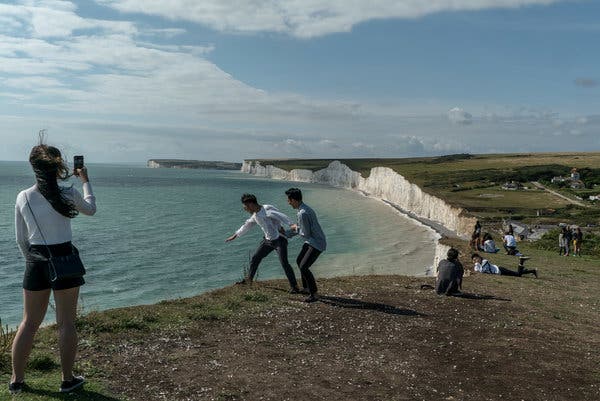 “When we search for London on social media, it’s the first thing we see,” Hyeon Hui Shin, a 28-year-old tourist from South Korea, said of the East Sussex cliffs, known as the Seven Sisters. “I didn’t know it was so far from London!”

But over the past two years, visitors from China have been increasingly hopping on trains to make day trips here from London. Travelers from South Korea have now started joining them. And they are largely inspired by the cliffs’ appearances in social media, films — especially the “Harry Potter” series — and by recommendations from celebrities.