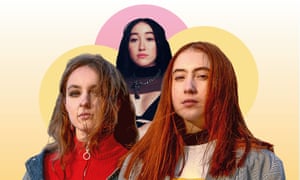 So why is it [Miley] Cyrus’s generation specifically (Generation Z is roughly marked as those born anywhere between the mid-1990s and mid-00s) who are starting to sing about it, and why with such anger? How does it fit alongside previous acts of musical nihilism that grew out of the punk scene in the 70s, grunge in the 90s and hip-hop’s recent downbeat turn? Recent Universal Music signing, the Swedish singer-songwriter LOVA, AKA 19-year-old Lova Alvilde, actively eschews writing about some of pop’s typical themes (love, heartbreak, being “in da club”). Her forthcoming EP will focus instead on the false idea of perfection generated by social media, with forthcoming single Insecurities being the first taste. “For me, writing about social media and its effect on people has always felt like a very natural and important thing to do,” she says. “I think it’s going to be hard not to write about it, especially for younger, upcoming artists. Social media is such a current factor, not only in my life but for almost every person of my generation, so that makes it a more obvious thing to write about. I want to open up to conversations about how society is shaping us into not talking about the things that actually matter.” 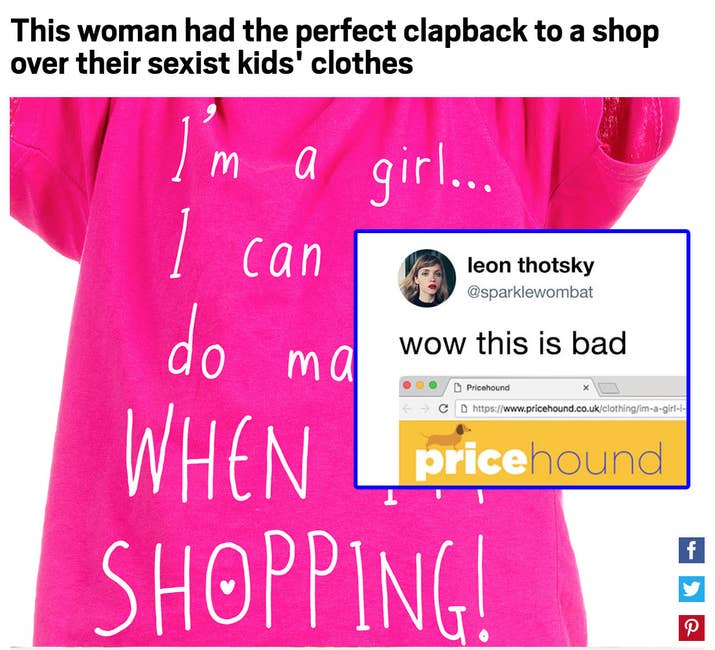 The anger factory has changed a bit since 2013. 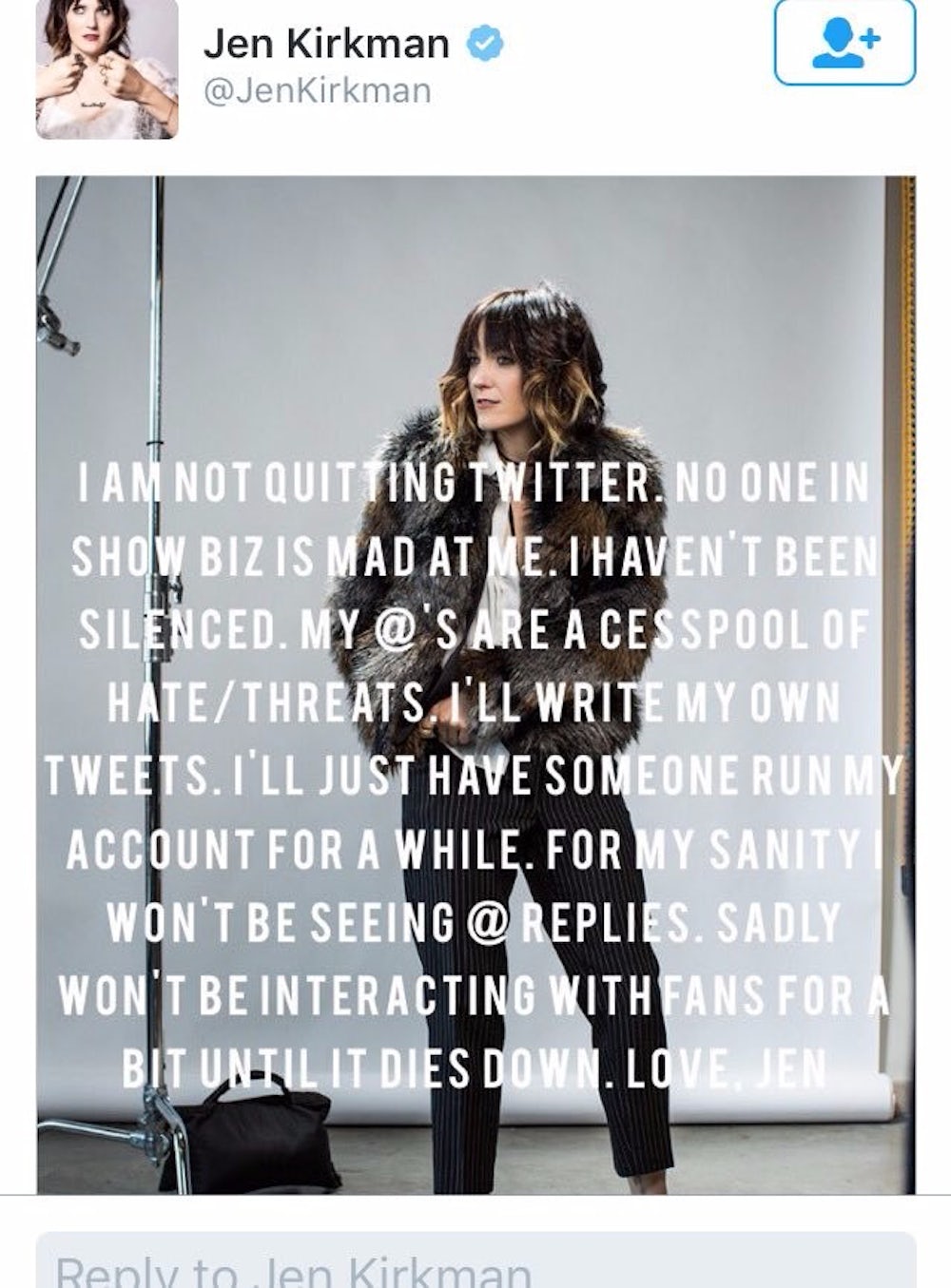 The act of melting down on the internet informs the world we live in. It has gone from a niche pastime of crackpots to the central animating force of our politics. It has moved some to run for office. It has created jobs. It has expanded our culture. For the next four years, we will have a president who is insanely pissed online most of the time.

As scholars of online rage, we have closely monitored these developments with awe. In 2015, we chronicled the nine canonical examples of being mad online. It has become clear to us that those examples of being mad are insufficient to describe the new genuses that have evolved in the wild.

To guide you through this brave new red and nude world, we present the latest trends in getting mad online.

In psychology, the idea that everyone is like us is called the “false-consensus bias.” This bias often manifests itself when we see TV ratings (“Who the hell are all these people that watch NCIS?”) or in politics (“Everyone I know is for stricter gun control! Who are these backwards rubes that disagree?!”) or polls (“Who are these people voting for Ben Carson?”).

Online it means we can be blindsided by the opinions of our friends or, more broadly, America. Over time, this morphs into a subconscious belief that we and our friends are the sane ones and that there’s a crazy “Other Side” that must be laughed at — an Other Side that just doesn’t “get it,” and is clearly not as intelligent as “us.” But this holier-than-thou social media behavior is counterproductive, it’s self-aggrandizement at the cost of actual nuanced discourse and if we want to consider online discourse productive, we need to move past this.

What is emerging is the worst kind of echo chamber, one where those inside are increasingly convinced that everyone shares their world view, that their ranks are growing when they aren’t. It’s like clockwork: an event happens and then your social media circle is shocked when a non-social media peer group public reacts to news in an unexpected way. They then mock the Other Side for being “out of touch” or “dumb.”

What happens instead of genuine intellectual curiosity is the sharing of Slate or Onion or Fox News or Red State links. Sites that exist almost solely to produce content to be shared so friends can pat each other on the back and mock the Other Side. Look at the Other Side! So dumb and unable to see this the way I do!

Call-out culture refers to the tendency among progressives, radicals, activists, and community organizers to publicly name instances or patterns of oppressive behaviour and language use by others. People can be called out for statements and actions that are sexist, racist, ableist, and the list goes on. Because call-outs tend to be public, they can enable a particularly armchair and academic brand of activism: one in which the act of calling out is seen as an end in itself.

What makes call-out culture so toxic is not necessarily its frequency so much as the nature and performance of the call-out itself. Especially in online venues like Twitter and Facebook, calling someone out isn’t just a private interaction between two individuals: it’s a public performance where people can demonstrate their wit or how pure their politics are. Indeed, sometimes it can feel like the performance itself is more significant than the content of the call-out. This is why “calling in” has been proposed as an alternative to calling out: calling in means speaking privately with an individual who has done some wrong, in order to address the behaviour without making a spectacle of the address itself.

Most bloggers (and stat counters) will tell you that people don’t say much online anymore. Comments are being replaced by shares, likes and pins and unless someone has an extreme opinion, they tend to just read and move on. But when we read something that touches a nerve, or worse — an insecurity — the meanest parts of us can come out.

…When I read through comments on [DesignSponge], I get a very clear message that there seems to be some sort of unstated consensus that “normal” is best. People want to see homes and ideas and products that shock them with their creativity and beauty — but only to a certain degree. If it goes “too” far or is perceived as having been made with “too” much money or effort, it immediately tips over into negative comment land.

…Here’s what I see happening in the comments here at DS:

…After reading through 200,000 comments, I think a lot of the upset that people feel comes from wanting to see more diversity, more honesty and more transparency online. And I think that challenge is one for me and other content producers, and not homeowners or the people who share their lives online.

Photo by Oddur Thorisson from Manger

Being harassed on the internet is such a normal, common part of my life that I’m always surprised when other people find it surprising. You’re telling me you don’t have hundreds of men popping into your cubicle in the accounting department of your mid-sized, regional dry-goods distributor to inform you that – hmm – you’re too fat to rape, but perhaps they’ll saw you up with an electric knife? No? Just me? People who don’t spend much time on the internet are invariably shocked to discover the barbarism – the eager abandonment of the social contract – that so many of us face simply for doing our jobs.

…Some trolls are explicit about it. “If you can’t handle it, get off the internet.” That’s a persistent refrain my colleagues and I hear when we confront our harassers. But why? Why don’t YOU get off the internet? Why should I have to rearrange my life – and change careers, essentially – because you wet your pants every time a woman talks?

My friends say, “Just don’t read the comments.” But just the other day, for instance, I got a tweet that said, “May your bloodied head rest on the edge of an Isis blade.” Colleagues and friends of mine have had their phone numbers and addresses published online (a harassment tactic known as “doxing”) and had trolls show up at their public events or threaten mass shootings. So if we don’t keep an eye on what people are saying, how do we know when a line has been crossed and law enforcement should be involved? (Not that the police have any clue how to deal with online harassment anyway – or much interest in trying.)

Social media companies say, “Just report any abuse and move on. We’re handling it.” So I do that. But reporting abuse is a tedious, labour-intensive process that can eat up half my working day. In any case, most of my reports are rejected. And once any troll is blocked (or even if they’re suspended), they can just make a new account and start all over again.

…And then, there I was in a studio with a phone – and the troll on the other end.

We talked for two-and-a-half hours. He was shockingly self-aware. He told me that he didn’t hate me because of rape jokes – the timing was just a coincidence – he hated me because, to put it simply, I don’t hate myself. Hearing him explain his choices in his own words, in his own voice, was heartbreaking and fascinating. He said that, at the time, he felt fat, unloved, “passionless” and purposeless. For some reason, he found it “easy” to take that out on women online.

I asked why. What made women easy targets? Why was it so satisfying to hurt us? Why didn’t he automatically see us as human beings? For all his self-reflection, that’s the one thing he never managed to articulate – how anger at one woman translated into hatred of women in general. Why, when men hate themselves, it’s women who take the beatings.

You can also listen to Lindy West tell this story on the podcast This American Life.