So what’s behind the idea that teenagers are increasingly worried and nervous? One possibility is that these stories are the leading edge of a wave of anxiety disorders that has yet to be captured in epidemiological surveys. Or maybe anxiety rates have risen, but only in the select demographic groups — the privileged ones — that receive a lot of media attention.

But it’s more likely that the epidemic is simply a myth. The more interesting question is why it has been so widely accepted as fact.

One reason, I believe, is that parents have bought into the idea that digital technology — smartphones, video games and the like — are neurobiologically and psychologically toxic. If you believe this, it seems intuitive that the generations growing up with these ubiquitous technologies are destined to suffer from psychological problems. But this dubious notion comes from a handful of studies with serious limitations.

Excerpt from this article :

Right now, algorithms are scouring vast data sets to determine the news you’ll be exposed to today on social media, the advertisements that will appear alongside your search results and what you’ll end up being charged for your next car ride. But can algorithms be used to address more urgent social and individual problems, like how to build trust or provide effective care? Can algorithms be used to increase the love and kindness in the world?

These are the sort of questions that the people at the Crisis Text Line — a nonprofit organization that provides crisis intervention 24 hours a day via text messaging to the number 741741 — have been focusing on for four years. Their goal is to improve their own crisis counseling, shed light on the pain and suffering that Americans are experiencing every day and show how we can all find ways to respond better. Given the alarming rates of anxiety, loneliness, suicidal ideation, depression and substance abuse nationwide, this work warrants major attention. 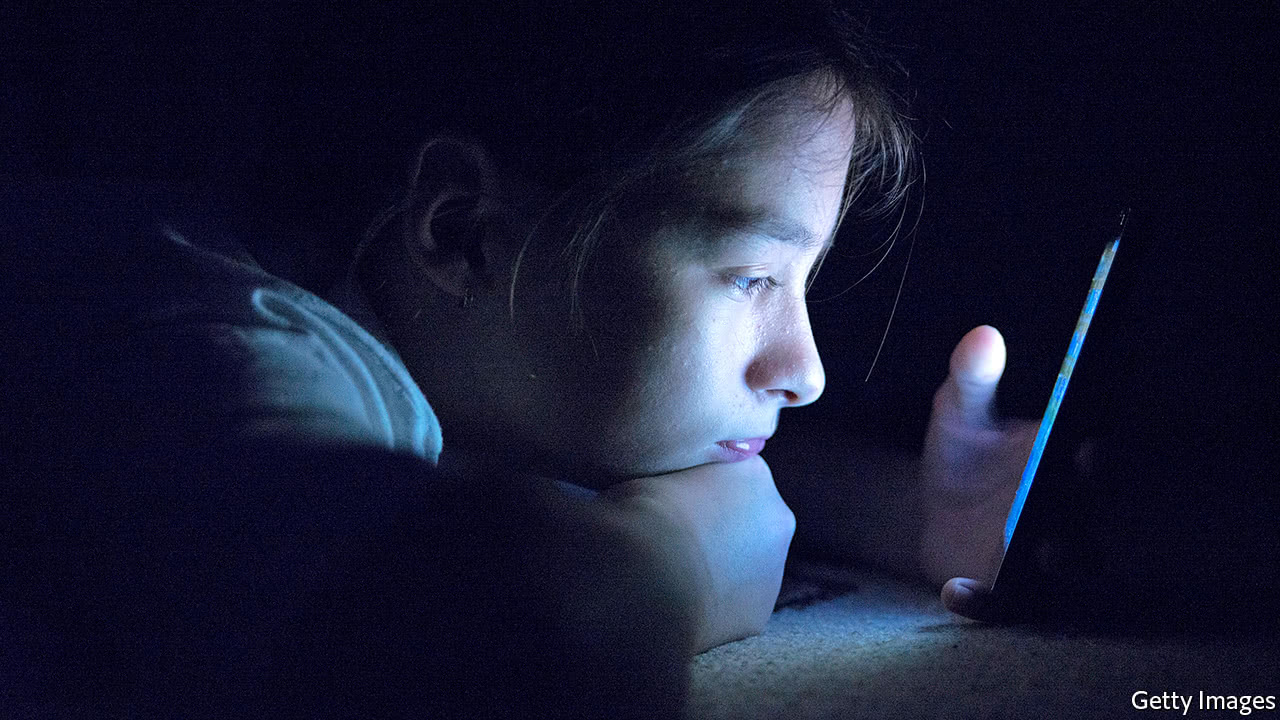 There may be plenty of analogue reasons for it. “A number of things are pretty unique to young people today. They were born around when the Columbine shooting happened, they were kids for 9/11, they were kids during one of the worst recessions in modern history,” says Nicole Green, the executive director of Counselling and Psychological Services at the University of California, Los Angeles, who has seen demand for her office’s services from college undergraduates surge.

A big new study suggests a different explanation for teenage melancholy—the many hours young people spend staring at their phone screens. That might be having serious effects, especially on young girls, according to the study’s author, Jean Twenge, a psychology professor at San Diego State University and author of  “iGen: Why Today’s Super-Connected Kids Are Growing Up Less Rebellious, More Tolerant, Less Happy”.

By scrutinising national surveys, with data collected from over 500,000 American teenagers, Ms Twenge found that adolescents who spent more time on new media—using Snapchat, Facebook, or Instagram on a smartphone, for instance—were more likely to agree with remarks such as: “The future often seems hopeless,” or “I feel that I can’t do anything right.” Those who used screens less, spending time playing sport, doing homework, or socialising with friends in person, were less likely to report mental troubles. 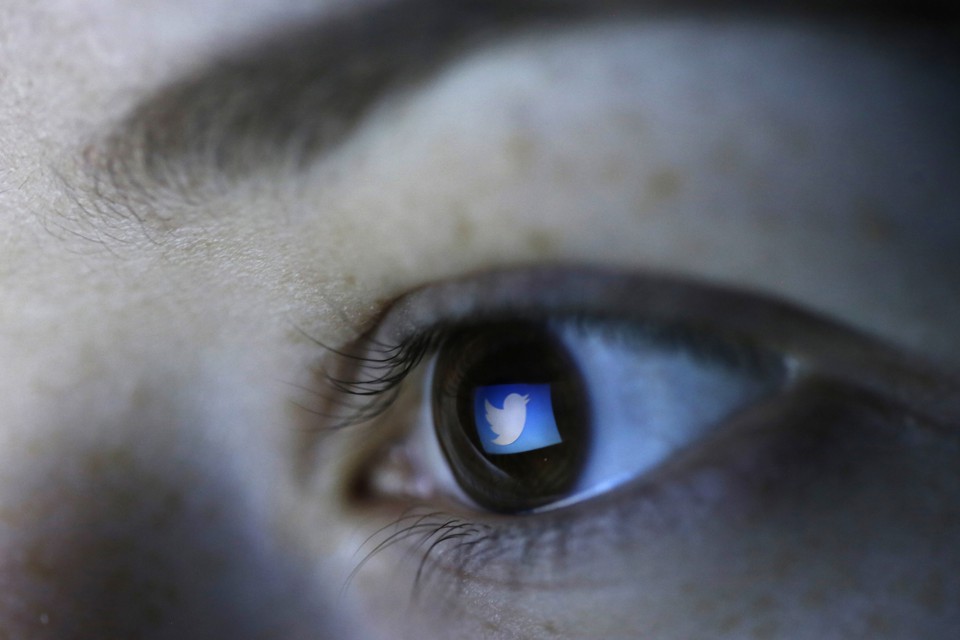 Twitter users have to contend with competing voices that yell at you as soon as you log on. You haven’t written a best-selling novel yet? Here’s a “30 Under 30” list of best-selling novelists! You’re over 30? Here’s an article about how you’re a bad parent! You haven’t had children yet? This bestselling author has three, and she’s under 30! Twitter is a megaphone for achievements and a magnifying glass for insecurities, and when you start comparing your insecurities with another person’s achievements, it’s a recipe for anxiety.

“Generally speaking, the comparisons that we make on social media are more likely to be ‘upward’ comparisons,” says Azadeh Aalai, a professor of psychology at Montgomery College in Maryland. “We’re comparing ourselves to the individuals who appear to be higher status and are achieving more” than we are, which can lead to feelings of envy, discontent, and anxiety. It’s also not the whole story. When I was young, my mom used to warn me against “comparing my insides to other people’s outsides.” Using Twitter, I am constantly comparing my insides—my anxieties, fears, and insecurities—with other people’s outward selves: their accomplishments, polished selfies, and edited articles. There will always be someone who’s doing better than I am in any aspect of my life. And because I, like many people, tend to follow people I admire or who are already famous, I am constantly aware of just how much better other people are. Twitter also gives me a quick and handy way to quantify my worth: this many likes, this many retweets. I’d like to think I’m more than the sum of my followers, but there are plenty of days when I don’t feel that way. 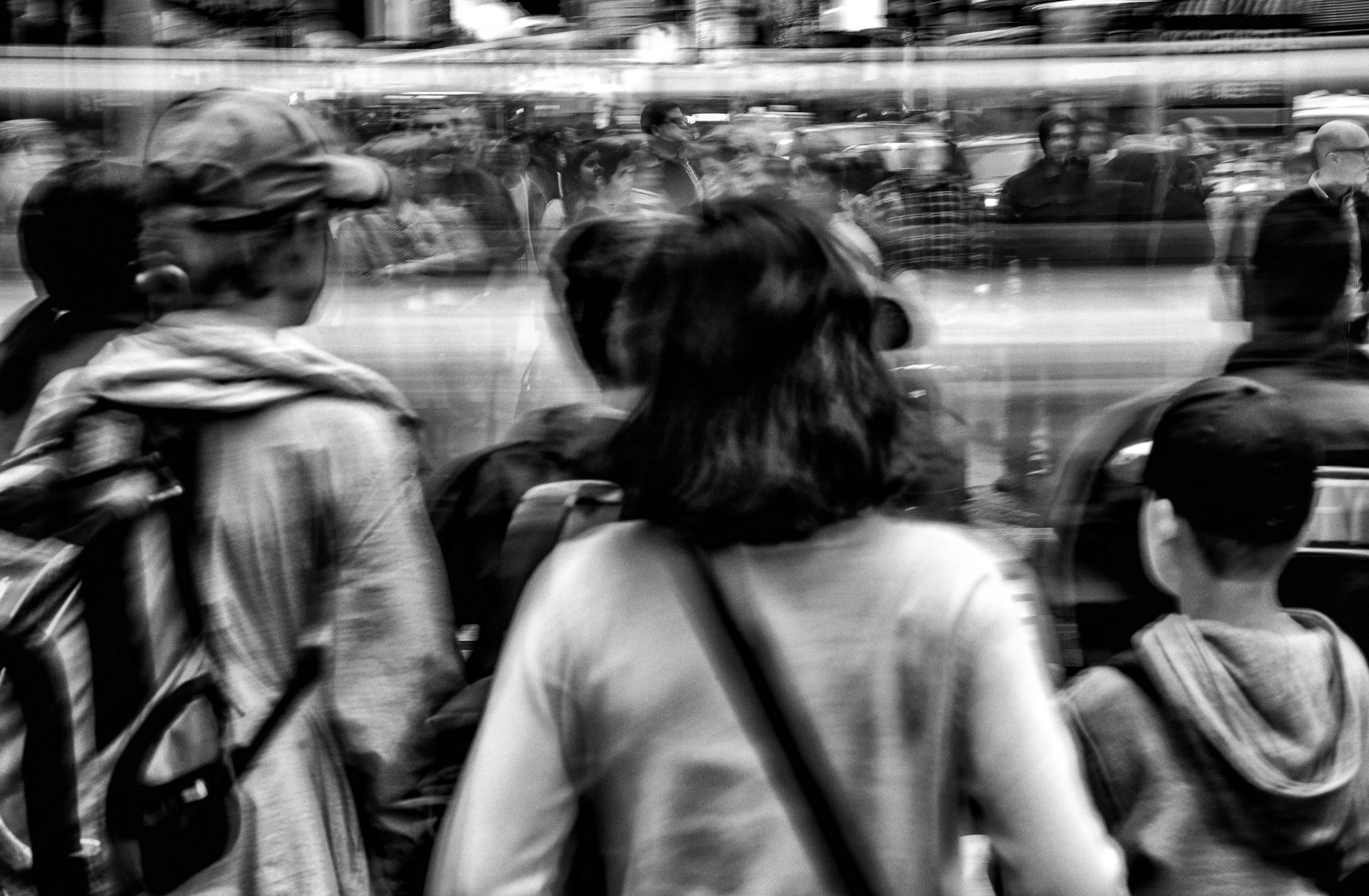 This past winter, Sarah Fader, a 37-year-old social media consultant in Brooklyn who has generalized anxiety disorder, texted a friend in Oregon about an impending visit, and when a quick response failed to materialize, she posted on Twitter to her 16,000-plus followers. “I don’t hear from my friend for a day — my thought, they don’t want to be my friend anymore,” she wrote, appending the hashtag #ThisIsWhatAnxietyFeelsLike.

Thousands of people were soon offering up their own examples under the hashtag; some were retweeted more than 1,000 times. You might say Ms. Fader struck a nerve. “If you’re a human being living in 2017 and you’re not anxious,” she said on the telephone, “there’s something wrong with you.”

…Anxiety has become our everyday argot, our thrumming lifeblood: not just on Twitter (the ur-anxious medium, with its constant updates), but also in blogger diaries, celebrity confessionals…

Smartphones can feel your pain—literally.

A new study from Northwestern University’s Feinberg School of Medicine set out to explore whether an individual’s smartphone habits could be used to predict whether or not they were depressed. The results, published in the Journal of Medical Internet Research Wednesday, were staggering.

Measuring behavioral markers for depression through GPS and usage sensors, researchers were able to predict with 86 percent accuracy whether or not the individual was depressed.

The same study, however, showed that those who used their phones the most often might have been trying to improve their own mood. “Incessant checking of emails, sending texts, tweeting, and surfing the web may act as pacifiers for the unstable individual distracting him or herself from the worries of the day,” said the researchers. If unhappy people are already intimately connected to their phones—and trying to find a solution—then they may be the most likely to be open to using it as a diagnostic tool.

Classmates seemed to have it all together. Every morning, the administration sent out an email blast highlighting faculty and student accomplishments. Some women attended class wearing full makeup. Ms. DeWitt had acne. They talked about their fantastic internships. She was still focused on the week’s homework. Friends’ lives, as told through selfies, showed them having more fun, making more friends and going to better parties. Even the meals they posted to Instagram looked more delicious.

In 2003, Duke jolted academe with a report describing how its female students felt pressure to be “effortlessly perfect”: smart, accomplished, fit, beautiful and popular, all without visible effort. At Stanford, it’s called the Duck Syndrome. A duck appears to glide calmly across the water, while beneath the surface it frantically, relentlessly paddles.

“Nobody wants to be the one who is struggling while everyone else is doing great,” said KahaariKenyatta, a Penn senior who once worked as an orientation counselor. “Despite whatever’s going on — if you’re stressed, a bit depressed, if you’re overwhelmed — you want to put up this positive front.”

Citing a “perception that one has to be perfect in every academic, cocurricular and social endeavor,” the task force report described how students feel enormous pressure that “can manifest as demoralization, alienation or conditions like anxiety or depression.”

In the era of social media, such comparisons take place on a screen with carefully curated depictions that don’t provide the full picture. Mobile devices escalate the comparisons from occasional to nearly constant.

Excerpt from this article; and I just listened to the Reply All podcast on this topic this morning, it’s good, you can listen here:

Last spring, Paul Ford was sick of the self-sabotaging, disparaging voice in his head, so he decided to do something about it. He’d been living with anxiety all his life, but it was getting in the way of his professional career. So Ford, a longtime tech tinkerer, decided to turn his anxiety into a bot that he named AnxietyBox.

Ten times a day, at random he’d receive an email from his Anxiety with subject lines like: “Ask yourself, do you always want to be exhausting to know and undesirable?” The messages were nasty and uncannily channeled that negative voice in his head. “Dear Paul,” one email read. “I heard you when you talked about how you wanted to exercise. Where would you put your chances for success? Zero percent? Greater?”

Psychologists call these negative voices “cognitive distortions”—moments when your thinking goes awry and your anxiety gets the best of you.

Ford was just trying out a silly experiment, yet with a little distance between that negative voice and himself (about as much space as you give yourself from your email inbox), he could see just how disparaging and mean so many of his anxious thoughts were. Suddenly they didn’t have as much power over him. “My thing sends you emails that tell you you’re garbage,” he says. “You start to laugh at how bad your anxiety is.”

…Many selfies are driven by the twin forces of arrogance and anxiety. Like a dog chasing its tail, this is how much of our society now works. One group – arrogant, narcissistic and self-promoting – starts a trend. The other group – anxious and wanting to fit in – follows.

People who are narcissistic report sending the most selfies. This gets them attention and probably feels good – it you think you are hot, seeing your hotness broadcast to your social network is a positive experience. And this isn’t too surprising; it is the same pattern that appears in other social media, with narcissism predicting self-enhancing Facebook photos and number of Twitter posts.

The greater dangers from selfies are found on the anxiety side. For decades research psychologists have put mirrors and cameras in laboratories to understand what happens psychologically when we look at ourselves. The first experience is self-consciousness – we become aware of ourselves as objects. The second is comparison – we compare ourselves to our ideal standards. We think: Am I all that I should be? And the answer for many of us is no – with the result being anxiety.

This can be a problem with real consequences.