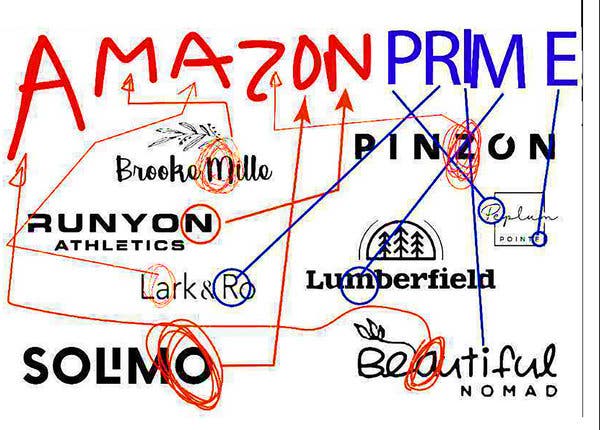 There are vanishingly few types of consumer goods that you can’t buy, in some form, on Amazon. But it is missing plenty of brands. In 2009, the company started selling products under its own name. It soon moved beyond the first AmazonBasics — items including budget electronics and batteries — to a wider range of Amazon-branded products. This was followed by an explosion of company-owned brands, including dozens with Amazon-free names.

Lark & Ro sells women’s wear, Buttoned Down sells men’s dress shirts; Pike Street sells linens; Strathwood sells furniture. These brands are intended to stand on their own, sort of. They are associated with Amazon, and listed on the site’s dozens of different contexts as “Our Brand” or “by Amazon” or “An Amazon Brand.” (Some new brands are undercover but then blow their cover, as in “Amazon Brand – Solimo Pasta, Thin Spaghetti, 16oz.”)

Now the KIND Foundation is trying to bring more diversity to Facebook feeds — so people can try to understand each other better. Its “Pop Your Bubble” tool, …matches Facebook users with at least 10 people who have a different political perspective, and who live in another part of the country or represent a different generation.

The tool is one of several that have appeared in recent months to help social media users become more exposed to other perspectives. Flip Feed, a chrome extension designed my MIT researchers, allows people to see what a Twitter feed looks like for someone with different political leanings. And Escape your Bubble, also a Chrome extension, inserts posts in your Facebook feed with a news article representing a differing political perspective. The posts are deliberately upbeat and friendly, intended to contrast with the way opposing viewpoints often are presented on-line, via argumentative comments.

Memes — those playful, satirical photographs with clever, sometimes biting captions under them — have long been used on the internet to ridicule the latest celebrity gaffe or highlight a political misstep. However, a surging number of disgruntled consumers are now using memes to target companies to complain about broken products, poor customer service and other negative experiences.

That has big brands scrambling for cover. After all, the viral nature of a meme can have a faster and farther-reaching impact than a single news article.

“The brand becomes a temporary punching bag for many, many people,” said Jay Baer, the founder and president of Convince & Convert, a digital marketing advisory firm. “People will pile on even if they haven’t actually been aggrieved.” 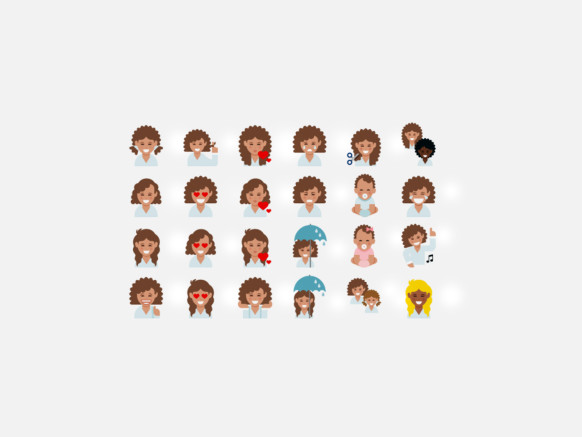 Dove is far from alone. Burger King launched a chicken fries emoji keyboard to celebrate bringing back a fan favorite food. Ford made ones with cars. Kim Kardashian released her infamous Kimoji; Ariana Grande, Amber Rose, and Wiz Khalifa have their own. Comedy Central has one with Broad City-specific emoji and GIFs. The Cleveland Cavs have one with their players. There are emoji keyboards for Deadpool, Coke, Starbucks, the LA Kings, Portlandia, Sour Patch Kids, and VH1. In the past year, seemingly every major brand (and some not so major ones) has released an emoji keyboard—or has plans to do so soon.

These emoji could actually capture our attention in a way that we want—and in a place that could become central to the future of advertising.

The idea here is pretty simple: Mobile advertising is really hard. Grabbing your attention inside your mobile messages is even harder. So instead of creating, say, a series of pop-up shampoo ads that drive you crazy, Dove wants to give you the chance to share a curly-haired smiling face if you want to. And, if you do, you may think of Dove and its products when you share that emoji.

Brands, celebrities, and marketers know that we spend so much of our time on our phones. But traditional pop-ups and banner ads don’t work well on those small screens. Emoji, however, increasingly rule our digital interactions. Sure, we, the people, have to choose to download and use a corporation or celebrity’s emoji, stickers, or GIF keyboards. But once we do, brands have a direct connection into our private messages, the place on our phones where we pay the most attention. 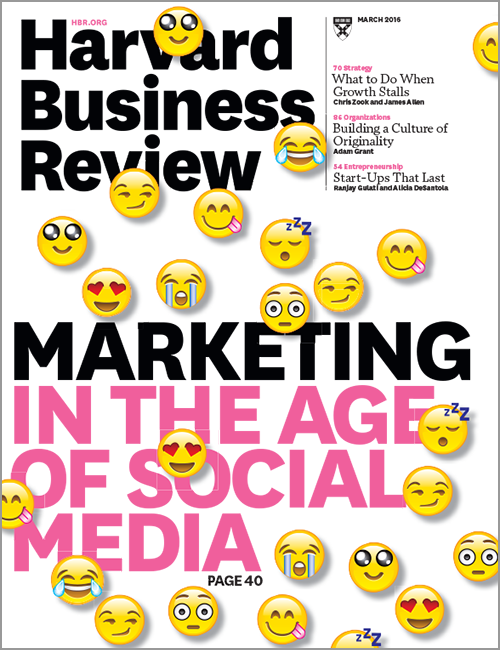 Excerpt from this article, check out the whole thing, it’s a great read:

In the era of Facebook and YouTube, brand building has become a vexing challenge. This is not how things were supposed to turn out. A decade ago most companies were heralding the arrival of a new golden age of branding. They hired creative agencies and armies of technologists to insert brands throughout the digital universe. Viral, buzz, memes, stickiness, and form factor became the lingua franca of branding. But despite all the hoopla, such efforts have had very little payoff.

As a central feature of their digital strategy, companies made huge bets on what is often called branded content. The thinking went like this: Social media would allow your company to leapfrog traditional media and forge relationships directly with customers. If you told them great stories and connected with them in real time, your brand would become a hub for a community of consumers. Businesses have invested billions pursuing this vision. Yet few brands have generated meaningful consumer interest online. In fact, social media seems to have made brands less significant. What has gone wrong?

To solve this puzzle, we need to remember that brands succeed when they break through in culture. And branding is a set of techniques designed to generate cultural relevance. Digital technologies have not only created potent new social networks but also dramatically altered how culture works. Digital crowds now serve as very effective and prolific innovators of culture—a phenomenon I call crowdculture. Crowdculture changes the rules of branding—which techniques work and which do not. If we understand crowdculture, then, we can figure out why branded-content strategies have fallen flat—and what alternative branding methods are empowered by social media.

From collecting multiple device data to search optimization, getting all your marketing ducks in a row is hard work. Here are seven new technologies set to make your life a little easier in future…

Social media analysts Socialbakers conducted a survey to discover what marketers are focusing on and what they’re not, and only 19% of marketers said they will give Instagram a high priority in 2014, while 23% said they will not consider the platform at all.

But those brands that have embraced Instagram have seen just how much the platform’s evolved form of window-shopping can boost their brand engagement.

So why not stand out above the competition and take notes from some of the best-performing companies on Instagram with these seven tips: