In February 2019, Onward launched its new “breakup concierge” platform that aims to ease the stress of post-breakup life. “If you don’t have a strong social network and disposable income, [a breakup] is an incredibly derailing process,” said Onward cofounder and COO Mika Leonard. “We realized there had to be a better way.” The company offers plans that address the logistics of relocating and rebuilding after a split, ranging from a $99 ten-day “reboot” to a $400 month-long “recalibration.” The plans provide assistance with everything from practical considerations like packing and apartment searching to self-care encouragement like dietary and fitness recommendations, therapist match-making and community building to heavy-lifting resources like financial planning and legal aid. 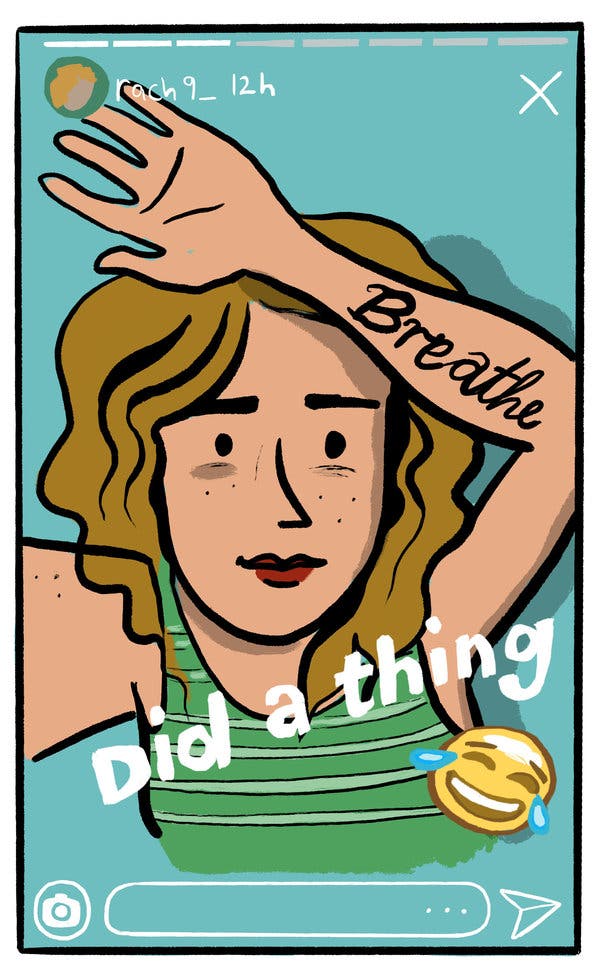 Ending a relationship is hard, but telling mutual friends and loved ones you’ve split can be even harder. Fortunately, the people at Instagram Stories have your back. They’ve provided a foolproof method for the romantically bereaved to broadcast the message “I am really going through a breakup” without ever having to say “We just wanted different things” to an acquaintance on the street. If you’re too nervous and/or cowardly to tell your wider social circle and a boss from three jobs ago that you recently broke up with your partner, just post one or two of these stories. They will know. 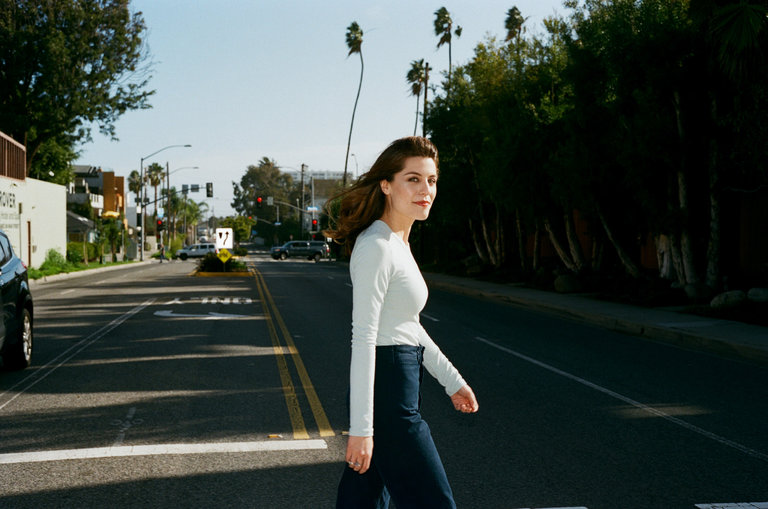 On the Mend app, users are introduced to an animated avatar of the Mend founder, Ellen Huerta, and her reassuring voice offers guidance on how to move forward, with topics like “detoxing” from your ex; redefining your sense of self — even how to get a better night’s sleep.

“It’s this charming and endearing voice of a friend,” Ms. Scinto said. “And there’s a line, ‘We never get tired of hearing about your breakup,’ and those words are like an oasis in the desert.”

Geri Dugan, who works as a psychiatric nurse practitioner in Chicago, knows all too well the mixed emotions that come after a love affair ends. After being stunned by a relationship that didn’t work out, she said, she felt like an “emotional basket case.”

Ms. Dugan found Mend through Ms. Huerta’s podcast “Love Is Like a Plant.” Now, for more than eight months, she has been applying Mend’s daily regime, which includes monitoring one’s self-care, journaling exercises, a Spotify playlist and a book club on Good Reads. She has also navigated through difficult days with support from Mend’s Facebook group. 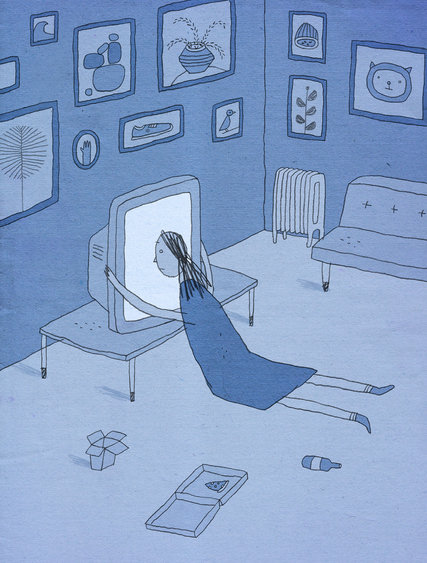 And there it was: my recently watched list, representing the entire history of our relationship.

There was “Mad Men,” which we watched again from the beginning during a snowstorm, my legs across his lap, the cat asleep on my stomach, Peggy Olson still vulnerable and meek… Before I could think about it, I hit play on “Mad Men.” On some subconscious level I must have been hoping that by replaying the episodes, I could replay the memories, too, and surrender completely to grief.

By the end of the weekend, my friends let me crawl back into my cave. I turned on the TV and was surprised to see something new in my queue: “Jiro Dreams of Sushi.”

I stood up, mouth agape.

I wanted to be angry that he was still using my login — that he could still take from me after leaving me with nothing. But I couldn’t. This was my only connection to him, and changing my password would sever the last artery of this bleeding limb.

I also thought: Maybe if he sees the same titles that I see, he, too, will replay the highlight reel of our happy memories and be warmed by them. And, who knows, that might lead him back to me?

For Kate Sokoloff, a brand strategist in Portland, Ore., the Facebook mirror of her breakup with her boyfriend of three years was like “an emotional sucker punch,” she said. “Not 15 minutes after we broke up four years ago, and probably while he was still parked outside of my house, he changed his status to ‘single.’”

A breakup has stages of aggressiveness, said Morgan Smith, 18, a freshman at Northwestern University.

“If you block your ex on every platform, that’s like 10 on the scale,” she said. “If I cut my ex off on Facebook, it’s also too much negative energy on my part. I want to extend a polite opening for the future. I don’t want to see what you do every day with your life” — as on Snapchat, for example — “but if you’re accepted to the study-abroad program or become class president, I would like to congratulate you. Facebook is more of a long-term document of your life.”

For Madeline Kaufman, 20, a journalism student at Northwestern, her Facebook breakup was like a game of digital chicken. It took her four months to “break up” with her long-term boyfriend on Facebook, though they had done so in the real world.

“He kept his status ‘in a relationship’ for another two months,” she said. “It was a weird ‘letting go’ concept I had to get over, and was weirdly hard for me to do. But I guess in that respect I may have ‘won’ because I took mine down first.”

Dissolving a relationship used to be a private matter between the two principals, with a Greek chorus of close friends and family. Now the sopranos and tenors include apps, websites, social media tools and digital Cyranos for hire.

If you’re not up to the dirty deed yourself, the Breakup Shop will do it for you. The site, whose slogan is “Let us help you end it,” uses email, snail mail, text or Snapchat, at prices from $5 to $80, for customized naughty or nice options. (In the nice category is an hasta la vista gift pack that includes chocolate-chip cookies and “The Notebook” on Blu-ray. In the naughty is a “mean photo attachment” of you with your new loved one.)

It’s always been possible to “unfriend” someone on Facebook, but the company’s new “breakup flow” allows you to limit your connection with an ex: untagging photos, burying past posts and editing any mention on your news feed.

“It’s like unfriending lite,” said Kelly Winters, a product manager on the company’s compassion team. (Yes, Facebook has a compassion team, whose bailiwick entails “easing life’s difficult moments,” such as designating a “legacy contact” to handle your account when you’re dead.)

Maintaining even limited social media ties may seem self-flagellating, a gateway to cyberstalking an ex’s activities and new relationships (and if you digitally disconnect, at least you can imagine that he’s been hit by a bus).

A recent study found that “Facebook stalking” an ex-partner was found to hinder recovery after the end of the relationship through prolonging the emotional distress felt. Those who were more traumatised by the break-up were more likely to indulge in Facebook stalking. It’s hard to imagine that these people would all have been prepared to stalk their ex-partners so readily in real life. What is the Internet doing to our relationships with other people that lead us to behave so differently on- and offline?

The two key attributes the Internet offers that allow people to act so differently online are anonymity and physical distance. These attributes contribute to the disinhibition effect. The Internet essentially removes the constraints we usually feel when talking face-to-face, with the resulting effects on our behaviour, leading to online bullying, trolling, stalking and flaming. The regularity with which these behaviours appear in the media might lead us to think that the disinhibition effect has only negative effects, but there can be positive effects too.

For good and for ill

Building closer relationship with people is built upon sharing things about ourselves, such as our likes, dislikes, worries and concerns. Some people find this quite challenging face-to-face, so the physical distance provided by communicating through the Internet is invaluable. For example, socially anxious adolescents find it easier to disclose personal information to their friends when online, the Internet acting as a place where relational skills can be practised.

Excerpt from this article, the story appears partway through the article, so scroll-down for more:

Love in the modern era comes with its own trials and tribulations, but some social media wants to make things better. That’s why Facebook announced plans to make it easier to forget your ex after a break-up. Officially, the company says that it is just “testing [mobile] tools to help people manage how they interact with their former partners on Facebook after a relationship has ended,” but we all know that it’s really there to help you pretend your ex never existed.

Unsurprisingly, such a move was catnip to the Internet at large, prompting many reports, too few of which acknowledged that Facebook is supposed to help with ex-stalking, not make it harder.

The people didn’t seem too convinced, however.

Whether this behavior has become more predominant with the advent of technology is debatable, but perhaps now it stings more, since there are so many ways to see your beloved interacting with other people while ignoring you. The rise of apps like Tinder and Grindr, and the impression they give that there is always someone else — literally — around the corner, is certainly empowering to ghosts.

Anna Sale, 34, the host and managing editor of the WNYC podcast “Death, Sex & Money,” believes that social media enables the avoidance of difficult conversations. “As people have gotten less and less comfortable talking face to face about hard things, it’s become easier to move on, let time pass and forget to tell the person you’re breaking up with them,” she said.