“Are you ready to go to work?” Brett Hochron, a detective with the Westchester County Police, in New York, asks his partner.

Harley immediately spots a lighter on a table and grabs it. She starts drooling. It’s a cold February afternoon, but Harley is focused. The basket of tennis balls next to the table doesn’t even get a glance.

That’s because Harley is a very good dog.

She’s also a graduate of an elite K-9 search class that trains dogs to sniff out electronics, including phones, hard drives and microSD cards smaller than your thumb.

Amazon said in an emailed statement to The Washington Post on Thursday afternoon that the Echo woke up when it heard a word that sounded like “Alexa.” “The subsequent conversation was heard as a ‘send message’ request. At which point, Alexa said out loud ‘To whom?’ At which point, the background conversation was interpreted as a name in the customer’s contact list.” 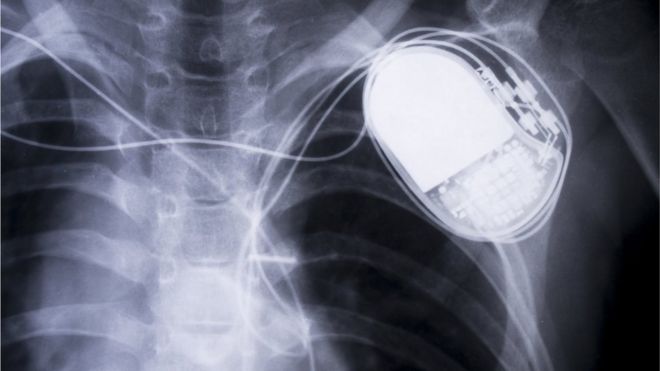 A total of 745,000 pacemakers have been confirmed as having cyber-security issues that could let them be hacked.

The Food and Drug Administration revealed that 465,000 pacemakers in the US were affected, in an advisory note about a fix to the problem.

The pacemaker’s manufacturer, Abbott, told the BBC there were a further 280,000 devices elsewhere.

The flaws could theoretically be used to cause the devices to pace too quickly or run down their batteries.

However, Abbott said it was not aware of any cases of this happening, adding that it would require a “highly complex set of circumstances”.