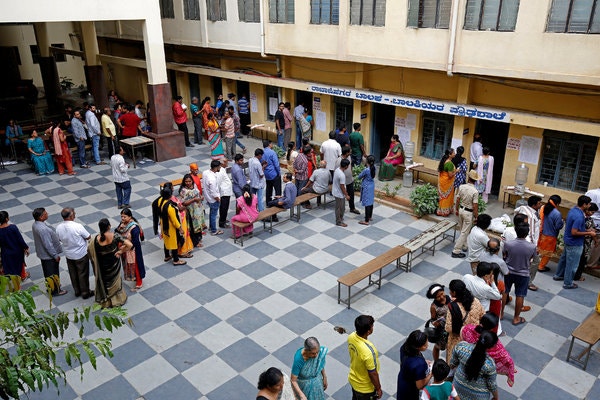 Excerpt from this article in The New Yorker:

Silicon Valley’s biggest failing is not poor marketing of its products, or follow-through on promises, but, rather, the distinct lack of empathy for those whose lives are disturbed by its technological wizardry. Two years ago, on my blog, I wrote, “It is important for us to talk about the societal impact of what Google is doing or what Facebook can do with all the data. If it can influence emotions (for increased engagements), can it compromise the political process?”

…My hope is that we in the technology industry will look up from our smartphones and try to understand the impact of whiplashing change on a generation of our fellow-citizens who feel hopeless and left behind.

…Otto, a Bay Area startup that was recently acquired by Uber, wants to automate trucking—and recently wrapped up a hundred-and-twenty-mile driverless delivery of fifty thousand cans of beer between Fort Collins and Colorado Springs. From a technological standpoint it was a jaw-dropping achievement, accompanied by predictions of improved highway safety. From the point of view of a truck driver with a mortgage and a kid in college, it was a devastating “oh, shit” moment. That one technical breakthrough puts nearly two million long-haul trucking jobs at risk. Truck driving is one of the few decent-paying jobs that doesn’t require a college diploma. Eliminating the need for truck drivers doesn’t just affect those millions of drivers; it has a ripple effect on ancillary services like gas stations, motels, and retail outlets; an entire economic ecosystem could break down.

Post-Brexit, people in the UK started wearing safety pins to show their stance against racism and their solidarity with immigrants.

…In the wake of the election [in the US] and reports of racism incidents across the nation, some are advocating using the safety pin strategy here too.

… There’s no safety pin emoji, but some people are adding the paperclip emoji to their Twitter usernames as a virtual world counterpart to the safety pin. 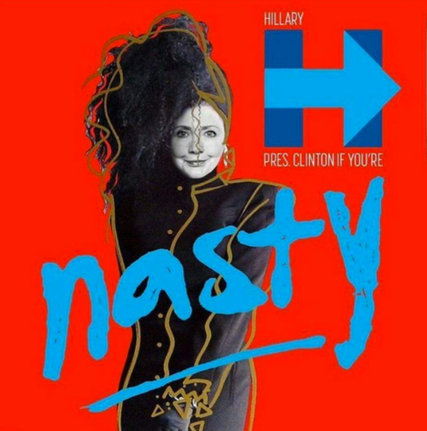 Q. When did memes become a force in American politics?

A. The 2008 election was the light-bulb moment. Campaigns were trying to reach out to younger voters on emergent social media platforms like YouTube and Facebook. Shepard Fairey’s “Hope” poster went viral, inspired countless parodies and was an early breakthrough that shed a light on social media’s potential for crowdsourced campaigning.

So how did Pepe become a Trump symbol?

Pepe didn’t become political until Donald Trump endorsed it by retweeting a Trump version of the character, which led to a mass influx of pro-Trump Pepes.

You have to consider social media’s political climate leading up to 2016, which has been heavily marked by the gender war and identity politics. These things led to the emergence of a reactionary movement, namely the alt-right, and Trump was kind of the natural poster boy for that.

Pepe plugged into the ideology of the alt-right because it was a reaction against the people they call “normies.” Pepe had been a symbol of the disenfranchised, social outcasts. It was Trump’s natural audience.

Pretty soon there was a huge influx of racist Pepe memes from 4chan and The_Donald community on Reddit. But the real trigger point that led to mass production of Nazi and other offensive Pepes was after Hillary Clinton released a denouncement of the meme, which is a milestone in meme history.

No meme has ever been denounced by a presidential candidate. In a way, Pepe serves as a social media dog whistle for Trump followers to echo their implicit support of ultraconservative beliefs in public forums without risking the invitation of backlash. 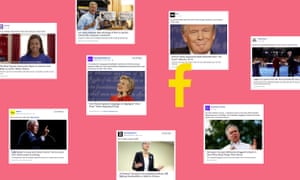 For millennials who have never known an election without Facebook, the political landscape of the social media network has massive implications for the upcoming contest between Hillary Clinton and Trump – not least of which because of Facebook’s outsized influence on their exposure to political news.

Six out of every 10 millennials (61%) get their political news on Facebook, according to a survey conducted by Pew Research Center, making the 1.7 billion-user social behemoth (which includes more than 200 million in the United States) the largest millennial marketplace for news and ideas in the world. But within Facebook’s ecosystem exists a warren of walled gardens, intellectual biomes created by users whose interest in interacting with opposing political views – and those who are them – is nearly nonexistent.

“Baby boomers are the most likely to see political content on Facebook that supports their own views,” said Amy Mitchell, the director of journalism research at Pew Research Center. “Thirty-one percent of baby boomers on Facebook who pay attention to political posts say the posts they see are mostly or always in line with their own views, higher than both Gen Xers and millennials.”

But baby boomers are the least likely to get their political news from Facebook – unlike millennials.

Who wants their babies kissed or their yard signs autographed anymore? This is the Selfie Election. And if you are running for president, you have no choice but to submit.

Candidates can now spend an hour — or sometimes two, as Senator Rand Paul did last month in New Hampshire — exhausting a line of eager selfie seekers. Others, like Senator Ted Cruz, have learned to add an extra 20 minutes at the beginning and end of events because so many people want pictures.

Jeb Bush has perfected a technique suited to his 6-foot-3 frame: For his shorter fans, he will take the picture with his own outstretched selfie stick of an arm.

But as campaigns adjust to a new self-focused social media world, some are left wondering whether more meaningful voter-candidate interactions are suffering. When candidates oblige so many people, some requesting multiple takes to straighten that smile, square a double chin or get a pesky photo bomber out of the frame, are they losing the chance to clarify a policy position, listen to concerns or even just look a voter in the eye?