Excerpt from this article (subscription required):

The internet’s global expansion is entering a new phase, and it looks decidedly unlike the last one. Instead of typing searches and emails, a wave of newcomers – “the next billion,” the tech industry called them – is avoiding text, using voice activation and communicating with images. They are a swath of the world’s less-educated online for the first time thanks to low-end smartphones, cheap data plans… 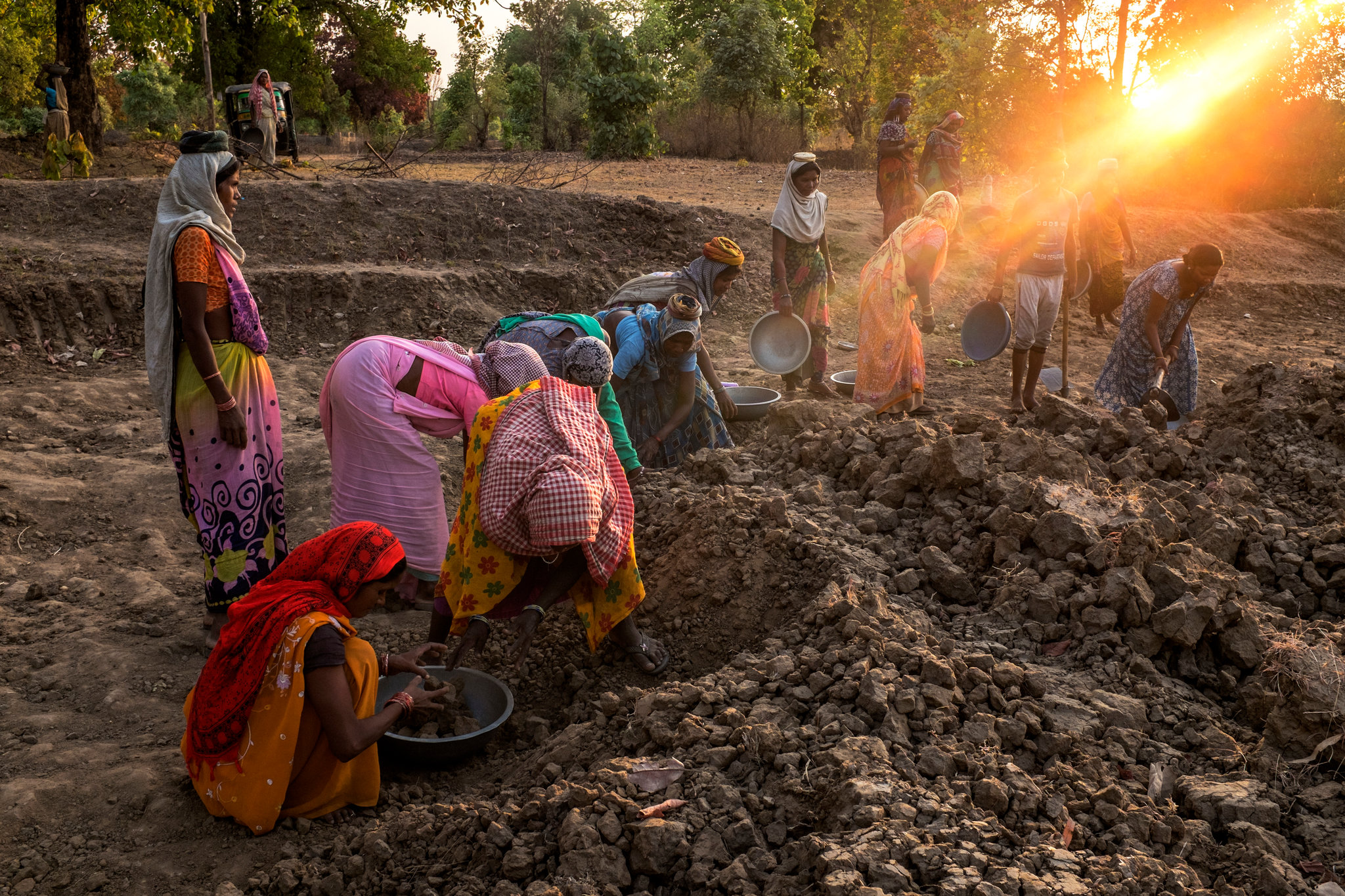 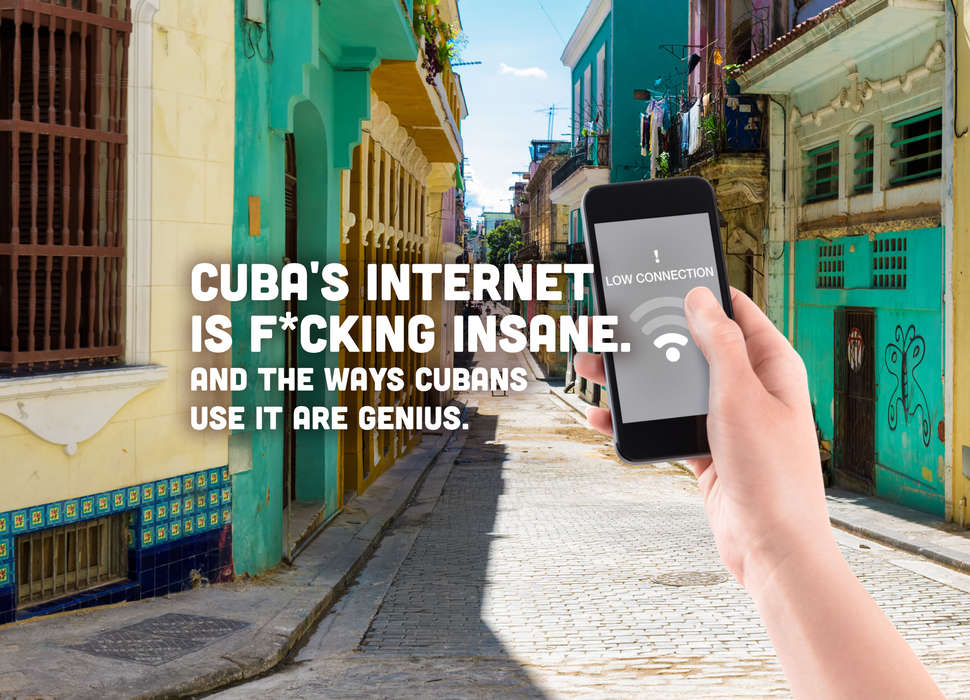 Here’s how it works: you buy a prepaid card from government stores or from one of these (illegal but pretty much ignored by police) scalpers, and on the card is a login code that gives you an hour of access. I bought a card for $3. Surrounding me and my increasingly soggy access card was a mass of flickering screens, devices wavering in and out of connectivity — relatives waving on video chat, Facebook pages being scrolled through, statuses being updated, photos being shared, and even movie trailers being watched (Star Wars!) with frequent buffering. Every now and then, a towel or shirt was pulled out to dry the rain water flecking the screens.

…While I successfully connected, the speed of my Internet brought on flashbacks of MegaBus Wi-Fi, or sharing a remote cabin router with 10 of my friends in upstate New York. The much-maligned “wheel of loading” spun eternally on my screen, and in a fit of American impatience, I decided no selfie was worth literal minutes of upload times, especially in a steady rain and a pair of decidedly un-waterproof Clarks. I opted to cut my excursion short to pursue dry socks, and maybe a quick nap. I wasted three dollars. I am a really shitty Cuban.

…El Paquete Semana. The weekly packet. A one-terabyte hard-drive loaded with a week’s worth of American movies, shows, music, magazines, and even smartphone apps. The original source of this smorgasbord of media is something of a mystery, but dealers pace the streets of Havana, selling full versions of El Paquete for around $8, or a smaller version with partial content for a few bucks. It’s passed around the Cuban population by street dealers for a cost, or by friends out of charity, like borrowing a Netflix password. My particular amigos were already looking forward to seeing the Latin Grammys and the Victoria Secret Fashion show in the upcoming months, both of which would make rounds on El Paquete about a week after airing on US television.

And yes, my friends assure me, “El Paquete and chill” is definitely a thing.

Excerpt from this fascinating article:

This tale focuses on Iran’s next generation, an entirely new generation that came of age well after the Islamic Revolution, and on human capital, the greatest asset a country can have. It’s about technology as the driver for breaking down barriers even despite internal controls and external sanctions. People under age 35 represent nearly two-thirds of Iran’s population at this point: Many were engaged in the Green Movement protests against the Iranian presidential election in 2009. Most are utterly wired and see the world outside of Iran every day — often in the form of global news, TV shows, movies, music, blogs, and startups — on their mobile phones.

Because in reality, Iran is a country where Facebook is banned, yet in the conservative, holy city of Qom a Grand Ayatollah — among the highest echelons of clerics — lamented to us excessive use of Facebook among his grandchildren…

In this nation of 80 million, we were told that there are also over six million Apple iPhones — which, like Facebook, have been banned for years by both global sanctions and the Iranian government. Yet millions of Iranians — not just a few tech-savvy entrepreneurs like the ones I describe here — access sites like Facebook, Twitter, and Snapchat as well as online courses (“MOOCs”) from the many global universities, daily. Everyone, of all ages, accesses this unfiltered internet through Virtual Personal Networks (VPNs). In this way, and in the music they love and video they watch, Iran’s wired teens have more in common with their compatriots around the world than with the stark revolutionaries of 40 years ago.

Kentaro Toyama went to India with noble intentions for using technology to improve people’s lives. Now he’s wrestling with why the impact was so small.

…I ultimately took stock of 50-odd projects that I had either been directly involved with or supervised. Very few were the kind where we felt, “This is working so well that we should really expand it.” Very often, it was because there were just limits to the human and institutional capacity on the ground that could take advantage of the technology.

For example, in education, one of the most difficult things to overcome is the way in which education is done—everything from how the public school system is managed to how it’s administered to how the government interacts with it. In India, we found instances where teachers were often called away by the government. The government feels that they’re government employees and, therefore, can be called upon to help with other government tasks.

Another example is the health-care system. If you go to a typical rural clinic, it’s not the kind of place that anybody from the United States would think of as a decent place to get health care. Bringing along a laptop, connecting it to wireless, and providing Internet so you can do telemedicine is just an incredibly thin cover. It’s a thin, superficial change.

Facebook now has 191 million users in the Middle East and Africa, 85% of who are visiting via mobile.

Mendelsohn described what a difference that makes: “I was in Nairobi, Kenya, earlier this year and their whole payment system there is mobile. M-Pesa is unbelievable. So you can be walking down the streets of a market, and the market will be no different to something that you could have been in a thousand years ago, but everyone is trading by using their mobile phone. And you kind of go, ‘well how come I can go shopping on the streets of London and it’s unfathomable [to be able to do that]?’ So there’s a lot we can learn from being over there.”

…Mendelsohn told us she met a number of female entrepreneurs in Saudi Arabia through an organization called Glowork. They’re using Facebook as way to sell their products.

…In 2014, Facebook introduced “missed call” units in India. When a user in India sees an ad on Facebook they can place a “missed call,” by clicking that ad from their mobile. In return, they’ll receive a call such as music, cricket scores, or messages from celebrities, from the advertiser.

Kuwaiti officials worrying about how to bring down the gulf state’s unemployment rate, estimated at more than 3%, may have another resource to tap besides crude oil: Instagram. The photo-sharing service is becoming popular among local entrepreneurs selling everything from makeup to Manga comics. The American University of Kuwait held an event in April featuring entrepreneurs who could teach others how they grew their businesses and “made it” on Instagram.

After sharing a link to my stories about creative uses of technology in developing and emerging markets, a colleague sent through a link to this great TED talk: “While the rest of the world is updating statuses and playing games on smartphones, Africa is developing useful SMS-based solutions to everyday needs, says journalist Toby Shapshak. In this eye-opening talk, Shapshak explores the frontiers of mobile invention in Africa as he asks us to reconsider our preconceived notions of innovation.”

Thanks Chris T. for the link!

Want to transfer funds from your account? Give your bank a missed call. Want to hear Bollywood music? Dial a number and hang up.

Making a missed call by calling a number and letting it ring is a popular way of communicating in India because the caller doesn’t have to spend money. Marketing companies, politicians, banks and others now use this practice to reach millions who have cellphones but limited means.

Here are five things you can do in India by ringing a number and hanging up.

Wikimedia and Facebook have given Angolans free access to their websites, but not to the rest of the internet. So, naturally, Angolans have started hiding pirated movies and music in Wikipedia articles and linking to them on closed Facebook groups, creating a totally free and clandestine file sharing network in a country where mobile internet data is extremely expensive.

It’s an undeniably creative use of two services that were designed to give people in the developing world some access to the internet. But now that Angolans are causing headaches for Wikipedia editors and the Wikimedia Foundation, no one is sure what to do about it.