Imagine, however, if experts couldn’t readily identify the diaries as fraudulent. And imagine, also, if forgers were able to create and distribute ultra-realistic fake Nazi records at breakneck speed. Finally, imagine if some of these documents were forever preserved as authentic pieces of Nazi history. A threat like this is edging increasingly out of the hypothetical and into the real as the tools to quickly create realistic manipulated videos go mainstream. These videos, which use machine learning to graft one person’s face onto the body of another, are known as deepfakes—and they’re getting disturbingly good.

While many have feared the potential of deepfakes to spread misinformation in the here and now, these videos could distort reality long after today’s fake news goes viral if they’re improperly archived as legitimate. Gizmodo spoke with several historians, archivists, and professors who were familiar with the deepfakes phenomenon, some of whom had pragmatic concerns about it. Fortunately, archivists have rigidly established principles meant to catch forgeries and screw-ups, but these protections are only as strong as the institutions that provide them. 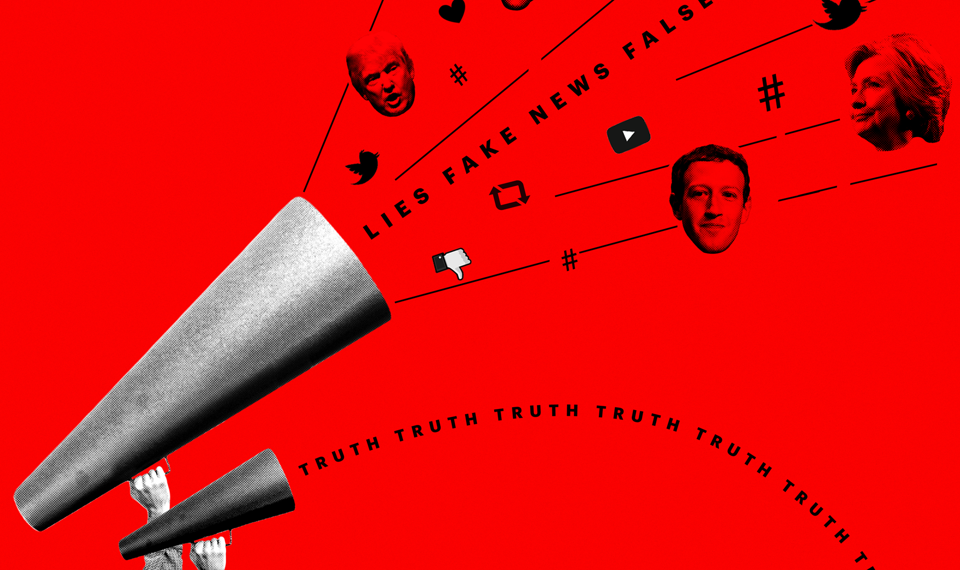 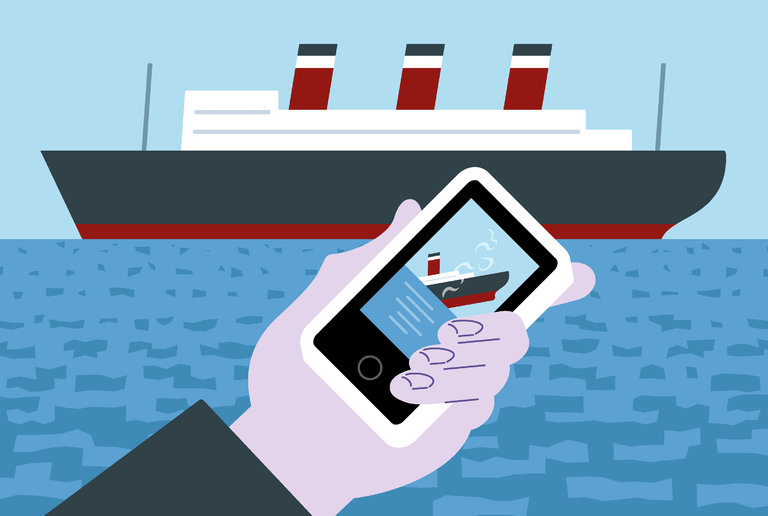 For starters, said Colleen Seifert, a professor of psychology at the University of Michigan, “People have a benevolent view of Facebook, for instance, as a curator, but in fact it does have a motive of its own. What it’s actually doing is keeping your eyes on the site. It’s curating news and information that will keep you watching.”

That kind of curating acts as a fertile host for falsehoods by simultaneously engaging two predigital social-science standbys: the urban myth as “meme,” or viral idea; and individual biases, the automatic, subconscious presumptions that color belief.

The first process is largely data-driven, experts said, and built into social media algorithms. The wide circulation of bizarre, easily debunked rumors — so-called Pizzagate, for example, the canard that Hillary Clinton was running a child sex ring from a Washington-area pizza parlor — is not entirely dependent on partisan fever (though that was its origin).

For one, the common wisdom that these rumors gain circulation because most people conduct their digital lives in echo chambers or “information cocoons” is exaggerated, Dr. Nyhan said. 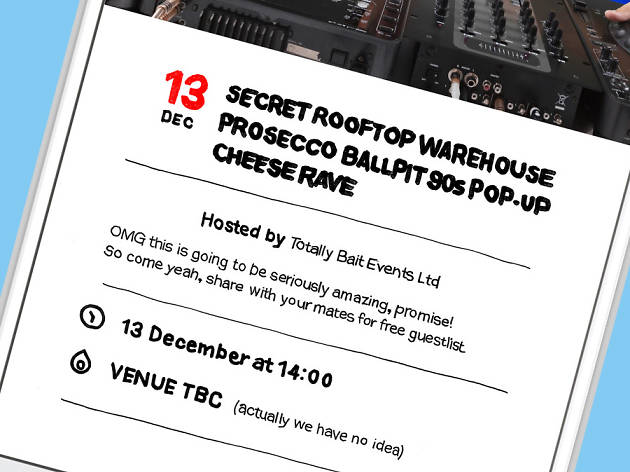 …as Facebook becomes dominant, and promoters strive to get more eyeballs on their nights out, more of us are noticing an element of bull in the events we see on the social network. If you’re lucky enough not to have been trolled by one, these are commonly events that are promoting something large and lavish – but suspiciously lack any basic information, such as a venue, a price, or specifics on DJs or acts playing.

…So why set up a fake event? We asked Ryan Palmer, a DJ used to playing the kind of genuine raves that bogus events pretend to advertise, who also happens to have a background in hacking. First off, he noticed that pages such as the ‘Secret Woodland Rave’ would have ‘many events running in different cities at more or less the same time, which were logistically impossible to pull off’. Through Google image searches, he also noticed that the photos used were actually of random events, such as Eastern European free parties. There were no contact details on most of the pages either.

Palmer thought at first that the motive was a nefarious plot to extract data, which is potentially true in some cases. But the recurring theme is that a day before the event is supposed to happen, it will be ‘postponed’ and then changed into something advertising a paid event. The problem with Facebook is that it lets you change essentially everything about an event while still keeping the valuable harvest of people who previously asked for notifications. So by clicking ‘interested’ for a Summer Rooftop Party, you may ultimately end up getting spammed by a student night in Bournemouth a week later.

There are other fact-checking outfits, like PolitiFact, which is operated by the Tampa Bay Times, or FactCheck.org at the Annenberg Public Policy Center at the University of Pennsylvania. But Snopes has kicked around the internet since 1994—which makes it almost as old as what we once called the World Wide Web. In this age of untruth, it has become an indispensable resource. Should your friend’s sister start a conspiracy trash fire in a Facebook comment thread, Snopes is a reliable form of extinguisher. Because of this reputation, Snopes was listed as a partner in a Facebook fact-­checking effort announced last fall after the social media giant acknowledged it had become a conduit for fake news. Potentially false stories could be flagged by users and an algorithm, and then organizations like Snopes, ABC News, and the Associated Press would be tasked with investigating them.

As pretty much anyone knows, the truth can be a slippery bastard. Getting to the bottom of something requires what you might generously call a fussy personality. Mikkelson possesses that trait. He spends hours writing a detailed analysis of a claim and feels frustrated when readers just want a “true” or “false” answer. He’s got the world­view of Eeyore, had Eeyore been obsessed with cataloging the precise history, variety, and growing seasons of thistles in the Hundred Acre Wood. He can even get pessimistic about whether his work makes a difference. “Since a lot of this stuff is really complicated, nuanced stuff with areas of gray, it requires lengthy and complex explanations,” he said. “But a lot of the audience, their eyes just tend to glaze over, and it’s just, they don’t want to have to follow all of that. So they just fall back on their preconceptions.” 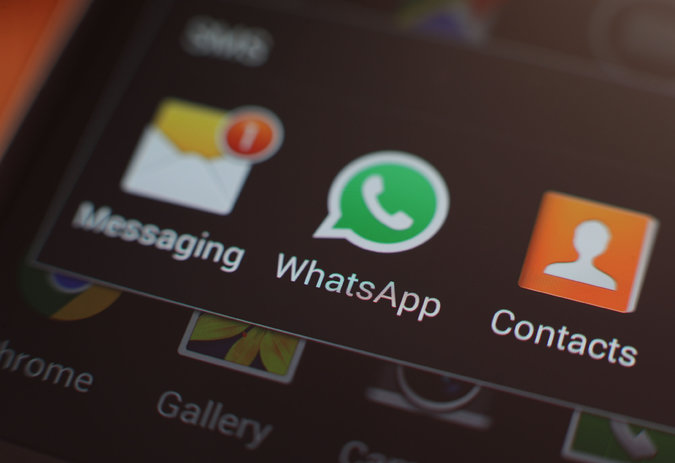 The gifts of free usage and anonymity have made WhatsApp the most popular tool to spread both outlandish stories and politically motivated rumors. On an ordinary Indian morning, messages on the app can include the rumor of a popular mango drink being laced with H.I.V.-positive blood, the United Nations Educational Scientific and Cultural Organization’s rating of Narendra Modi as the best prime minister in the world or Julian Assange describing him as an incorruptible leader.

WhatsApp forwards are deftly tailored toward target audiences. Last year, the Indian middle class debated for weeks whether new 2000 rupee bills introduced by the Indian government after demonetization featured a chip that could be used to track the bills. There was no chip, but the rumor lived for a while.

Nationalist rage, often with sectarian overtones, dominates the world of India’s WhatsApp messages. One of the most popular WhatsApp hoaxes of this year featured the purported beheading of two Indian soldiers by Pakistani soldiers with a chain saw and a knife. India’s national song played in the background. 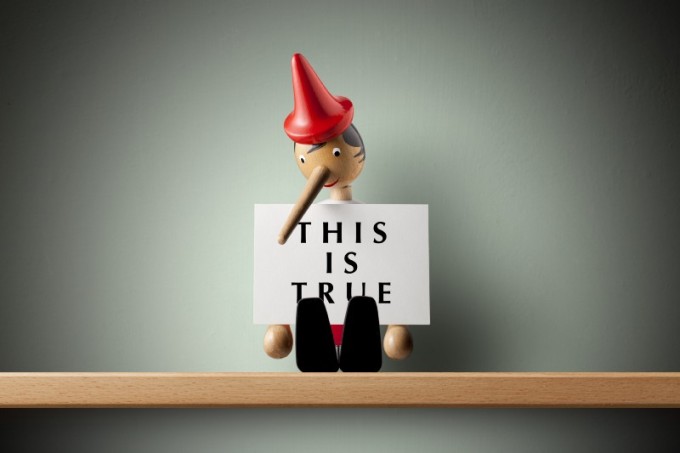 Let’s start with a common “fix” that I’ve heard in the solutionist mindset: Force Facebook and Google to “solve” the problem by identifying “fake news” and preventing it from spreading. Though I appreciate the frustration over technology companies’ ability to mirror and magnify long-standing social dynamics, regulating or pressuring them to find a silver bullet solution isn’t going to work. From my vantage point, this approach immediately makes visible three differently scaled problems:

1) No one can even agree on a definition of “fake news,” even though a ridiculous number of words are being spent trying to define it.

2) Folks don’t seem to understand the evolving nature of the problem, the way that manipulation evolves, or how the approaches they propose can be misused by those with whom they fundamentally disagree.

3) No amount of “fixing” Facebook or Google will address the underlying factors shaping the culture and information wars in which America is currently enmeshed. 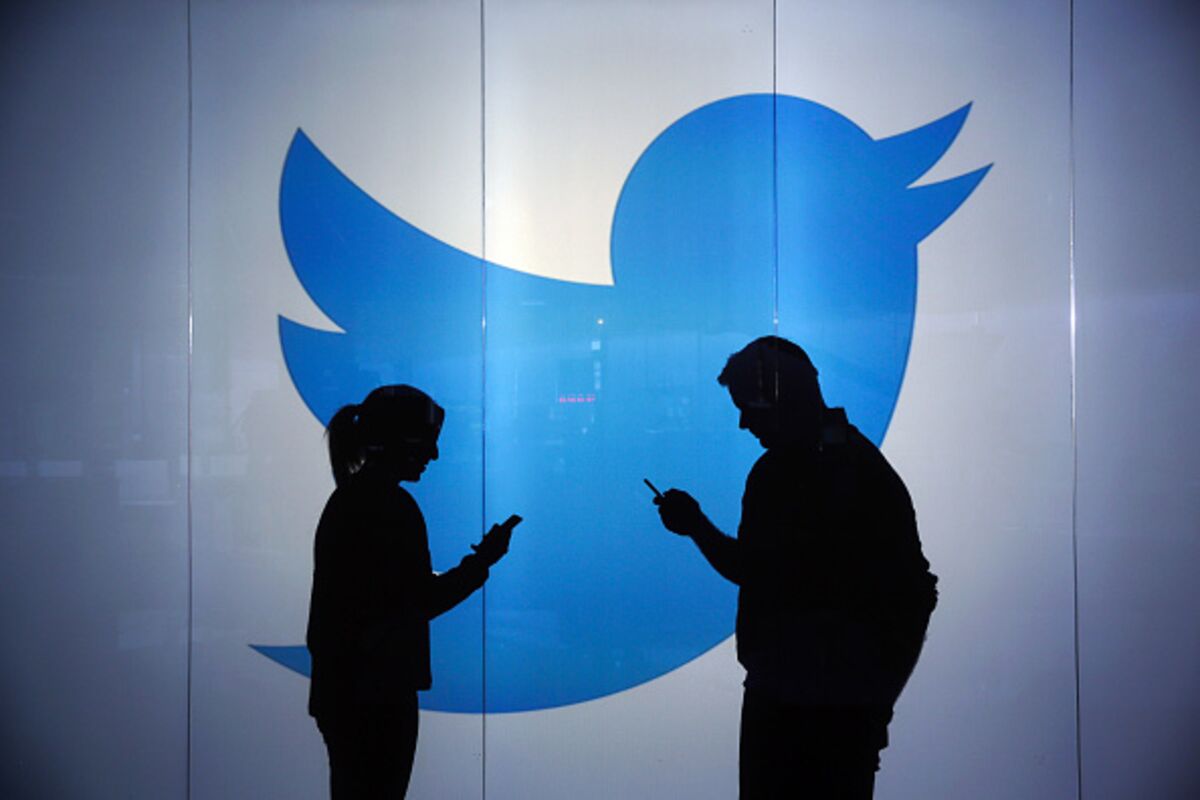 But all this focus on fake Facebook news obscures a much bigger story about the way social media — the endless public opining and sharing of information — is reshaping politics. Even if you’ve never given much thought to its meaning, you’ve probably heard someone say “the medium is the message,” the famous dictum of media theorist Marshall McLuhan.

But what does that mean, and what does it mean specifically for the 2016 election? A possible answer can be found in the work of Walter J. Ong, a Jesuit priest and a former student of McLuhan’s at St. Louis University. In his most famous work, “Orality and Literacy,” Ong examined how the invention of reading and writing fundamentally changed human consciousness. He argued that the written word wasn’t just an extension of the spoken word, but something that opened up new ways of thinking — something that created a whole new world.

The easiest way to grasp the difference between the written world and the oral world is that in the latter, there’s no way to look up anything. Before the invention of writing, knowledge existed in the present tense between two or more people; when information was forgotten, it disappeared forever. That state of affairs created a special need for ideas that were easily memorized and repeatable (so, in a way, they could go viral). The immediacy of the oral world did not favor complicated, abstract ideas that need to be thought through. Instead, it elevated individuals who passed along memorable stories, wisdom and good news.

And here we begin to see how the age of social media resembles the pre-literate, oral world. Facebook, Twitter, Snapchat and other platforms are fostering an emerging linguistic economy that places a high premium on ideas that are pithy, clear, memorable and repeatable (that is to say, viral). Complicated, nuanced thoughts that require context don’t play very well on most social platforms, but a resonant hashtag can have extraordinary influence. Evan Spiegel, the chief executive officer of Snap Inc., grasped the new oral dynamics of social media when he told the Wall Street Journal: “People wonder why their daughter is taking 10,000 photos a day. What they don’t realize is that she isn’t preserving images. She’s talking.”