I recently observed a couple seated together at the corner table of a popular Colombian restaurant in New York. They weren’t on a date. I knew that because they were not even present for each other. Instead they were each gazing into their phones. Their devices threw a cold glow onto their faces, which didn’t look particularly happy or unhappy. Somewhere in the middle, I’d say.

Later that week I went to a movie at the AMC Village 7 on 3rd Avenue, where two things struck me: The amazing reclining seats, and the fact that AMC Theaters now feels it necessary to include “don’t post” along with the usual “don’t text or talk” part of the theater preroll. It reminded me of when, in one of the more emotionally heavy and somber exhibits of the 9/11 museum, two girls near me snapped selfies. Twice, because one of them didn’t like how she looked in the first one. I don’t know if it was because not being alive in 2001 makes the whole thing abstract history, or because the tribal validation Snapchat provides is too irresistible to delay.

Nir Eyal’s book, Hooked: How to Build Habit Forming Products, tells us some of the causes of these behaviors. In it, Eyal makes a point to separate “habit-forming” from “addicting.” The clearest difference I grokked from Eyal’s writing is this: If the product manipulates us into a compulsion that is said to be good for the our wellbeing, that’s called habit-forming. If it’s bad for our wellbeing, then it’s called an addiction. 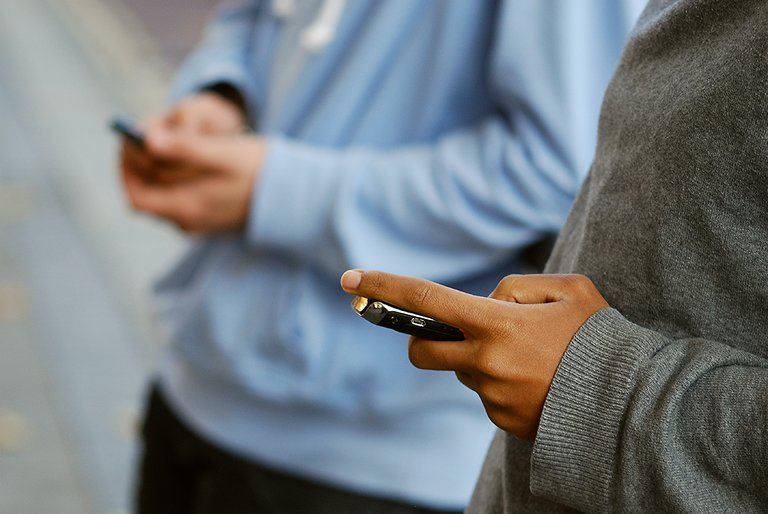 …Harvard University revealed that it had rescinded admissions offers to at least 10 students who shared offensive images within what they thought was a private Facebook group chat. The students posted memes and images that mocked minority groups, child abuse, sexual assault and the Holocaust, among other things.

It is easy for parents to be left wondering, “What were they thinking?”

Over the past few years, memes — usually images or videos with text often meant to be funny or sarcastic in nature — have become one of the most popular ways, along with photos and videos, that youth communicate on social media. While some of that communication can be positive, allowing teenagers to explore their own identity development and find a sense of belonging, it can also get teens in trouble.

Sharing videos, images and memes creates the opportunity for an instantaneous positive feedback loop that can perpetuate poor decision making. In an environment where teens spend around nine hours using some form of online media every day, it doesn’t take long for them to be influenced by an “all-about-the-likes” sense of values that can potentially lead to life-altering decisions.

I’ve spent nearly two decades working with teens on organization and time-management in the heart of the Silicon Valley, and many teen girls tell me they have a real Instagram account (“rinsta”) for a wider audience and then keep a “finsta” (friends-only or “fake” Instagram) for their closest friends. The report from Global Kids Online is the first stage of an ambitious project to find out which children are using the internet, what they are learning, and the opportunities and risks it presents. To hear their perspectives, the project conducted interviews and surveys of children aged between nine and 17 in South Africa, the Philippines and Serbia, and aged 13 to 17 in Argentina…

We did not really know what to expect, although we knew some of the problems. In Latin America, for example, children live in hugely different urban and rural environments, and at the extremes of wealth and poverty. South African society exhibits high levels of violence, which now extends online. The Philippines faces a growing challenge around child sexual exploitation and abuse, while Serbia struggles with the social exclusion of its Roma population. Does internet access help children and their families face these issues, or does it make them worse?

For the last six weeks, I’ve circulated (on social media!) 20 questions covering topics like homework, passwords, bedtime and punishments. I received responses from more than 60 families, and though the survey was unscientific, the answers have already changed how we manage tech at my house.

FIRST PHONES The vast majority of parents who responded gave their children their first phones in sixth or seventh grade, with a few holding out until high school. But those devices aren’t always cutting edge. Parents opted for “dumb phones,” “flip phones” or “hand-me-down phones” from siblings or grown-ups. They also turn off features, including Wi-Fi, Siri, even internet access.

FAMILY TIME Perhaps the biggest complaint about technology is that it eats into family time. So what techniques have parents used to take back that time?

First, tech-free dining. “No devices for all meals.” “No phones at the table, and that’s not just at our house. Siblings, nieces, nephews and my mom’s home have the same rule. No one gripes about it, they just do it.” “No devices at meals. No earbuds in the car.”

…Finally, when all else fails, many rely on the old parental standbys: threats, bribes and public humiliation. Threats: “Randomly I scream, ‘Take that phone out of your hand!’ It limits their use for the next five minutes.”

Bribes: “Parent-child date night. (Parents alternate taking one child out for a treat; fourth week is parents night out.)”

Public humiliation: “If a device is picked up during family time, we get to open texts, and my husband and I do dramatic text reading.”

Now, you already have a phone, an email account, a blog—but what about the moments too small to blog? (Snacking on pretzels.) Too insignificant to email? (The twisty kind of pretzels.) They’re happening every second! How can you share the moments between the moments worthy of note? Enter Twitter.

Technically, this isn’t an article about the things Twitter does, it’s an article about the ways in which you can accidentally annoy people with Twitter. Should you choose to avoid Twitter, that’s fine. Enjoy your coffee. Ours is cold now because we were photographing the latté art to share with all our friends, but you can drink yours in solitude.

People use Twitter to do and say any number of things. Want to send email-productivity tips in 140 characters or less? Great. Want to set up a special account so you can twitter as a character from Gossip Girl? Done.

With the usual exceptions, people on Twitter tend to fall into two main camps. There are responders, who use Twitter as a channel to interact heavily with other users, and broadcasters, who use it primarily as a micro-blogging platform. 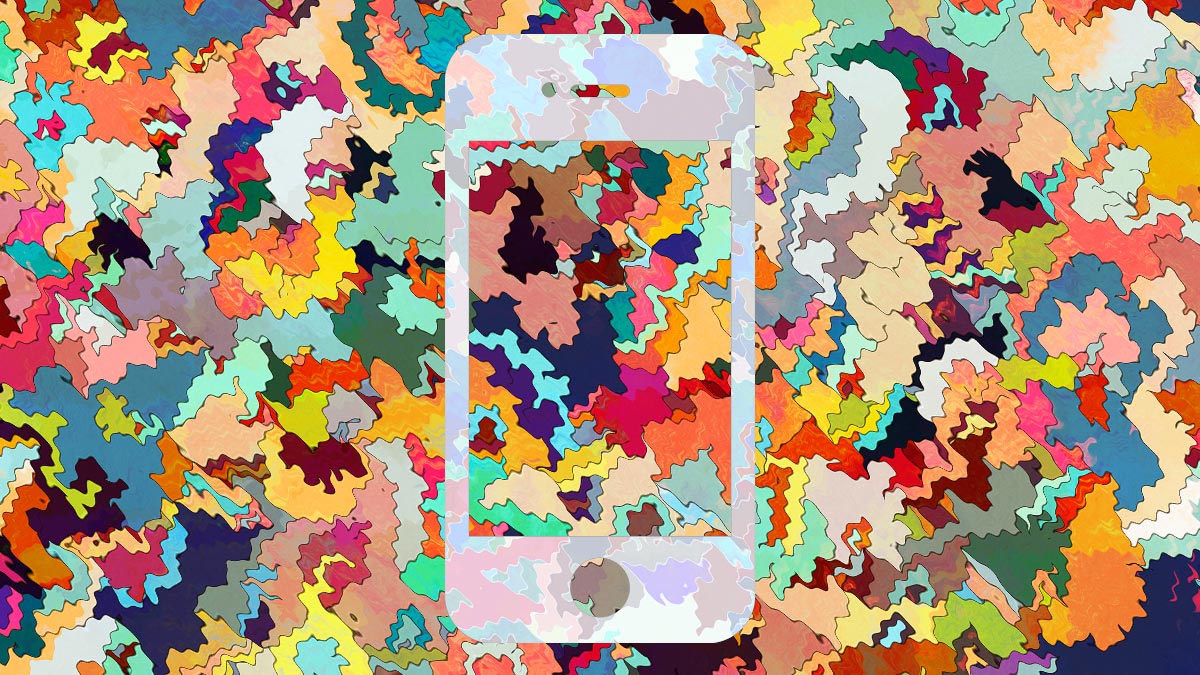 In my personal experience, mindlessly relying on my phone and computer has been a useful, albeit insidious, way of avoiding uncomfortable feelings. After all, how many of us regularly accept and embrace those moments when we feel weird or bored or lonely? We usually text a friend, refresh our Twitter feed, or check our email — or reach for a snack or a cigarette. In my own life, I noticed this habit when I quit smoking cigarettes last year. Around that time, a yoga teacher advised me to meditate on what I was feeling during the moments when I craved a cigarette. I realized that I wanted a cigarette most intensely when walking from point A to point B and while waiting for other people to arrive — moments when I had nothing to distract me from the discomfort of simply being with myself. I am sure other smokers can relate to this feeling of cigarette-as-avoidance.

Phones and cigarettes are not the only things that help us turn away from the parts of ourselves we don’t like—anxiety, anger, our fears, our unfulfilled desires, and our need to assert boundaries and take care of ourselves. Whether it’s snacking, smoking, or e-mail refreshing, all these avoidance tactics can serve the same purpose. But phones are among the most socially acceptable.

The distraction afforded by constant connection to social media, news, email, and texting may feel comforting in the short term, but in the long term it may sap what poet John Berryman referred to as “inner resources.” In enabling us to avoid ourselves, our phones allow us to look away from anxious feelings instead of trying to resolve them. I’d hazard the guess that when most of us feel that itch to check our email for the umpteenth time while out to dinner — just to make sure we haven’t missed a call — we actually aren’t as concerned with FOMO, or fear of missing out, as we think. Sure, some of us may truly fear the wrath of a demanding boss on the other line, or a friend (or family member) may be in need. But mostly, we’re trapped in that technology-stress paradox: we share the desire for greater freedom from our devices, and yet that very freedom itself causes anxiety. It makes us ask ourselves what life would feel like if we were really forced to sit with ourselves.

Infographic from this article in Time Magazine.