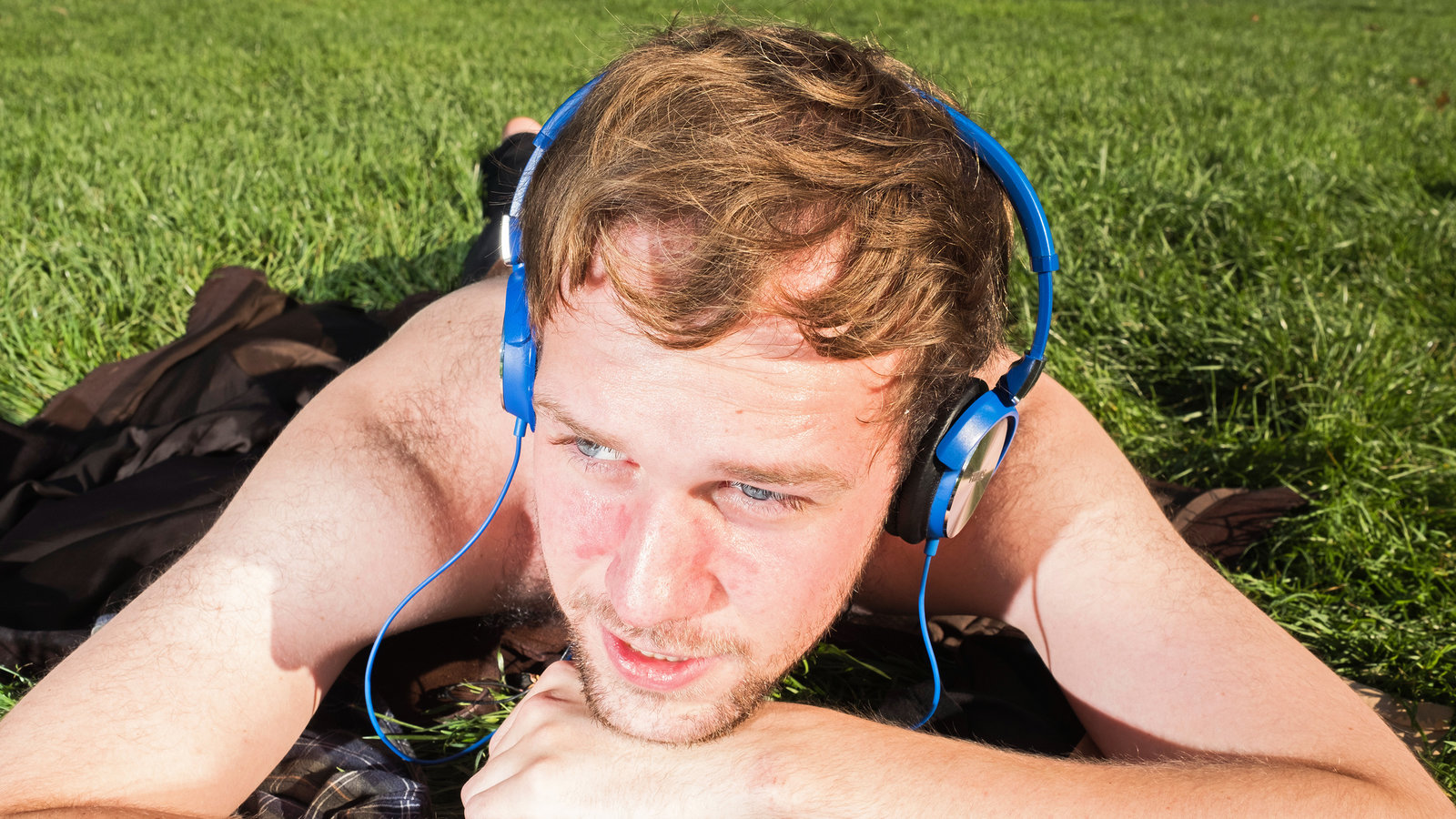 You see them on every block: people being propelled through their routines listening to their own individualized soundtracks, with the outside world serving as a stage set.

… The combination of the iPhone and headphones in many varieties (in-ear, over-the-ear, shaped-to-your-ear and so on) gives city dwellers the ability to largely avoid an experience that was once arguably the whole point of living in the crowd — interacting with others.

In a fraught public sphere, headphones provide a measure of privacy. Those who fall deeply into a Spotify playlist or the latest installment of an addictive podcast enter a cocoon-like zone all but impenetrable to tourists, beggars and those do-gooders with clipboards.

“Headphones are the front line of urban social defense,” said Julie Klausner, a comedian, actor and writer. “I’m introverted and socially anxious by nature. My worst nightmare is sitting next to someone on a plane or someone who wants to strike up a conversation on an elevator.” 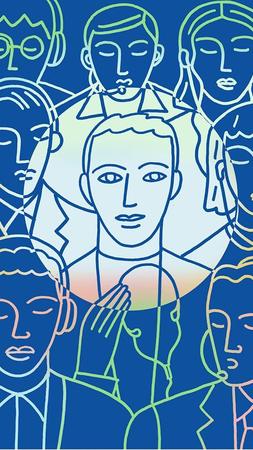 Illustration by Anthony Russo / For The Times

Earbuds are like underwear: It’s safe to assume that almost everyone’s got a pair on them at all times… For 10 years, I rarely left the house without queuing up something to play. Then, one afternoon in October, I went for a run and forgot my headphones. I couldn’t remember the last time I’d exercised without a constant stream of stimulation, a cranium full of sound. Nevertheless I continued. After 15 minutes, I started paying more attention to the trail. My mind shifted to daydreams. Soon I was actually enjoying myself. What happened?

Boredom is understood as that frustrating experience of wanting but being unable to engage in satisfying activity. But it’s an extremely short-lived emotion, and perfect for airports, sidewalks, afternoons in the woods. Maybe two minutes pass before I’ve found something worthy of note. “Boredom becomes worse when a situation seems valueless,” wrote Peter Toohey in his book “Boredom: A Lively History.” In my experience, embracing boredom makes the world seem all the more appealing.

My wife and I used to live in New York City. When we finally left it felt like the day was suddenly an extra hour long. Quitting headphones is similar. I daydream more. I have more ideas — mostly dumb ideas, but the volume’s increased. I’ll be grocery shopping empty-headed, and suddenly I’ll figure out a way to resolve the day’s work frustrations.

Something I’ve figured out in my boredom: To be at all smart, I need time to be stupid. Silent time — marked by barking dogs and traffic screeches and the murmurings of neighbors watching old movies. Time that’s reserved to be listless and absent-minded not only reinvigorates my desire in being interested in things, it gives me the energy to be interesting, or at least try.

Excerpt from this article, which I thought would be fun to post a week away from the London office’s move to our new digs on the South Bank. Back in my Ogilvy New York days, when we moved from Worldwide Plaza to the “open office desk plan” Chocolate Factory, colleagues quickly adopted the trick of popping on some headphones as a clear “Do Not Disturb” signal.

When we wear headphones, it is a signal to everyone that we’re shut off, unavailable and, much like napping adults, absolutely not to be bothered. Our ear shields are barriers against barbaric city attacks like catcalls, construction or unwanted conversation from a friendly co-worker who just has, like, a super quick question “if you just have two seconds.”

We’re commuting, running errands and running departments under the polite assumption that no one knows our secret (and apologies to anyone this is outing): the headphones are on, but nothing’s playing…

Basheer Bergus, a 28-year-old associate director at a digital marketing firm in New York, said that he “definitely” uses headphones at work without any sound coming through. Like most of us, he uses them as a privacy screen. And if he sees someone whom he wants nothing to do with, he throws on his huge wireless Sennheiser cans — a sign that says “Silence, please.”

…Hailey Hayman, a 24-year-old marketing manager at a Brooklyn company that makes sustainable party goods, said that she feels “too exposed” when she doesn’t wear headphones at the office. When she has them on, she feels as if she’s “inside a more secluded space,” she said. “Without headphones on, I’m too likely to get distracted listening to other people’s conversations or distracting other people with my own conversation.”