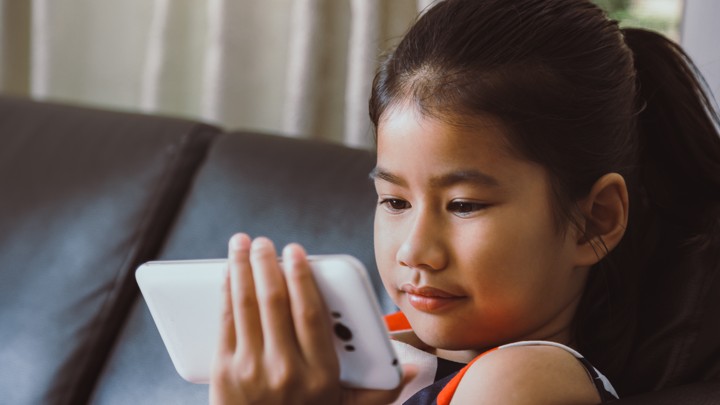 For several months, Cara has been working up the courage to approach her mom about what she saw on Instagram. Not long ago, the 11-year-old—who, like all the other kids in this story, is referred to by a pseudonym—discovered that her mom had been posting photos of her, without prior approval, for much of her life. “I’ve wanted to bring it up. It’s weird seeing myself up there, and sometimes there’s pics I don’t like of myself,” she said.

But it’s not just overzealous mommy bloggers who construct a child’s online identity; plenty of average parents do the same. There’s even a portmanteau for it: sharenting. Almost a quarter of children begin their digital lives when parents upload their prenatal sonogram scans to the internet, according to a study conducted by the internet-security firm AVG. The study also found that 92 percent of toddlers under the age of 2 already have their own unique digital identity.

When Ellen, an 11-year-old, finally decided to Google herself, she didn’t expect to find anything, because she doesn’t yet have her own social-media accounts. She was stunned when she found years of swim scores and sports statistics on the web. A personal story she wrote in third grade was also published on a class website with her name attached. “I didn’t think I would be out there like this on the internet,” she told me.

Ellen said that while she didn’t find anything too sensitive or personal, she was frustrated that all the information about herself had been posted seemingly without her consent.

The people who are closest to a thing are often the most wary of it. Technologists know how phones really work, and many have decided they don’t want their own children anywhere near them.

A wariness that has been slowly brewing is turning into a regionwide consensus: The benefits of screens as a learning tool are overblown, and the risks for addiction and stunting development seem high. The debate in Silicon Valley now is about how much exposure to phones is O.K.

“Doing no screen time is almost easier than doing a little,” said Kristin Stecher, a former social computing researcher married to a Facebook engineer. “If my kids do get it at all, they just want it more.”

Ms. Stecher, 37, and her husband, Rushabh Doshi, researched screen time and came to a simple conclusion: they wanted almost none of it in their house. Their daughters, ages 5 and 3, have no screen time “budget,” no regular hours they are allowed to be on screens. The only time a screen can be used is during the travel portion of a long car ride (the four-hour drive to Tahoe counts) or during a plane trip.

Here’s a given about being the parent of a young child—it’s exhausting. Mix in some unknowns like your child’s seemingly unnatural attraction to glowing screens, and it can be bewildering. What’s the right mix of apps and grass stains?

Here’s another given. There is no “correct” answer, and you’re probably too busy to read a 15-page research synopsis, like the Fred Rogers/NAEYC joint position statement on use of technology with young children. (Just in case you have the time, see http://www.naeyc.org/content/technology-and-young-children.) The document addresses many of the concerns and controversies involved with raising a young child in the digital age. Full disclosure: I was one of the many advisors to the document, so I know it well. Because you have laundry to fold, let me boil down the key ideas to three words:  access, balance, and support, or ABS. Just like your car’s brake system. 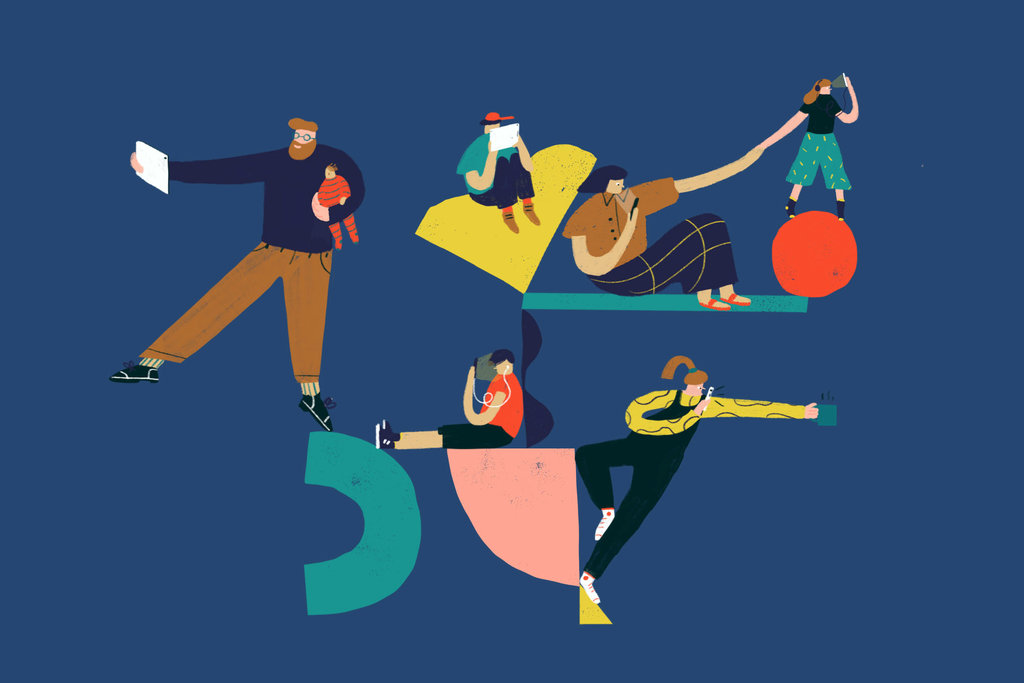 No one cares more about your child’s well-being and success than you do. In today’s digitally-fueled times, that means guiding him or her not just in the real world but in the always-on virtual one as well. Teach your children to use technology in a healthy way and pick up the skills and habits that will make them successful digital citizens. From 2-year-olds who seem to understand the iPad better than you to teenagers who need some (but not too much) freedom, we’ll walk you through how to make technology work for your family at each stage of the journey. 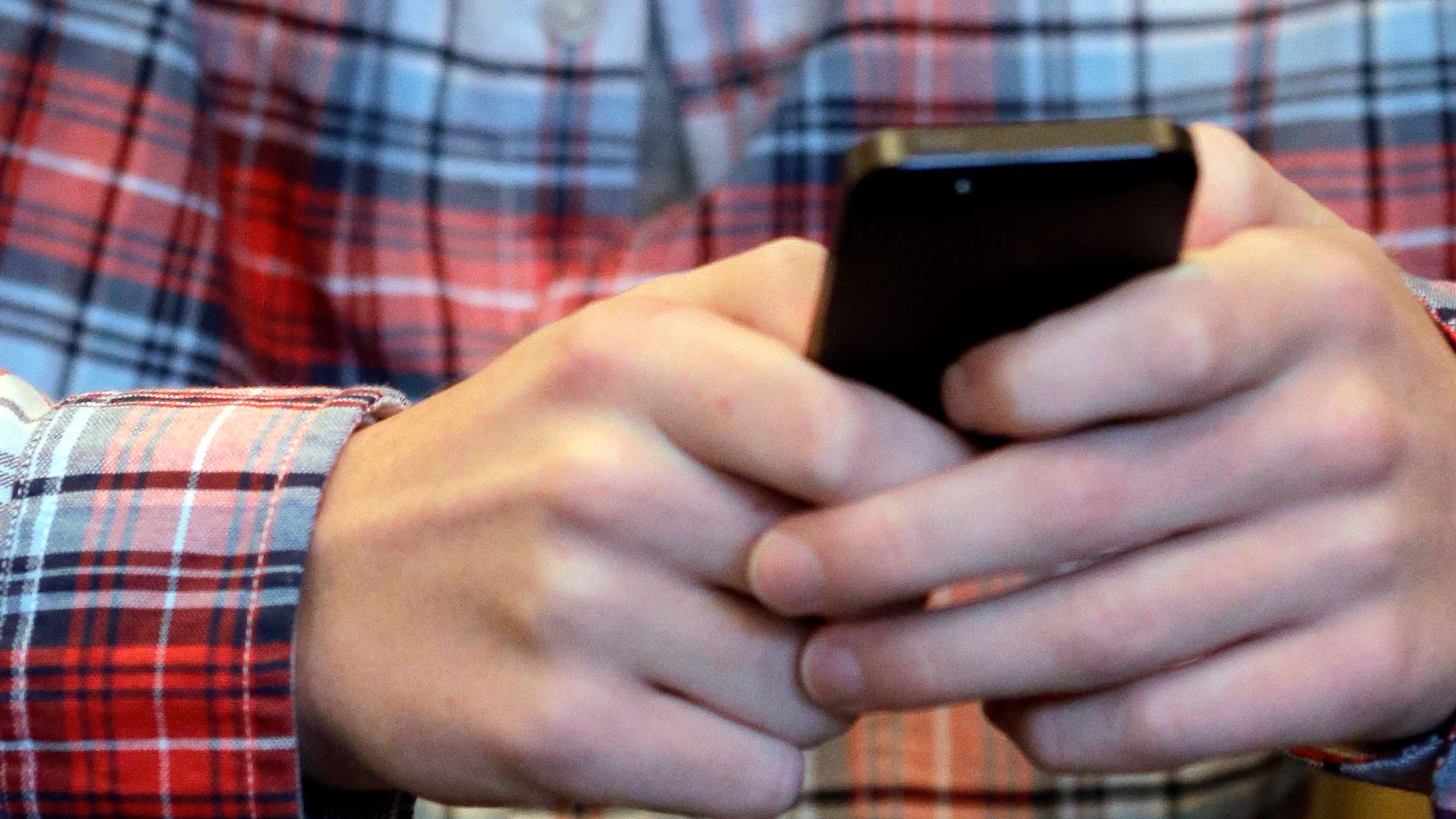 Like many seven-year-olds, Emil Rustige gets ticked off when his parents pay attention to their phones instead of him. But unlike other kids, Emil decided to take the issue to the streets.

With the help of his parents, Rustige organized a demonstration on Sept. 8th in his hometown of Hamburg, Germany, with 150 people joining him to encourage parents to put down their phones.

The slogan for the demonstration: ”Play with ME, not with your cell phones!” 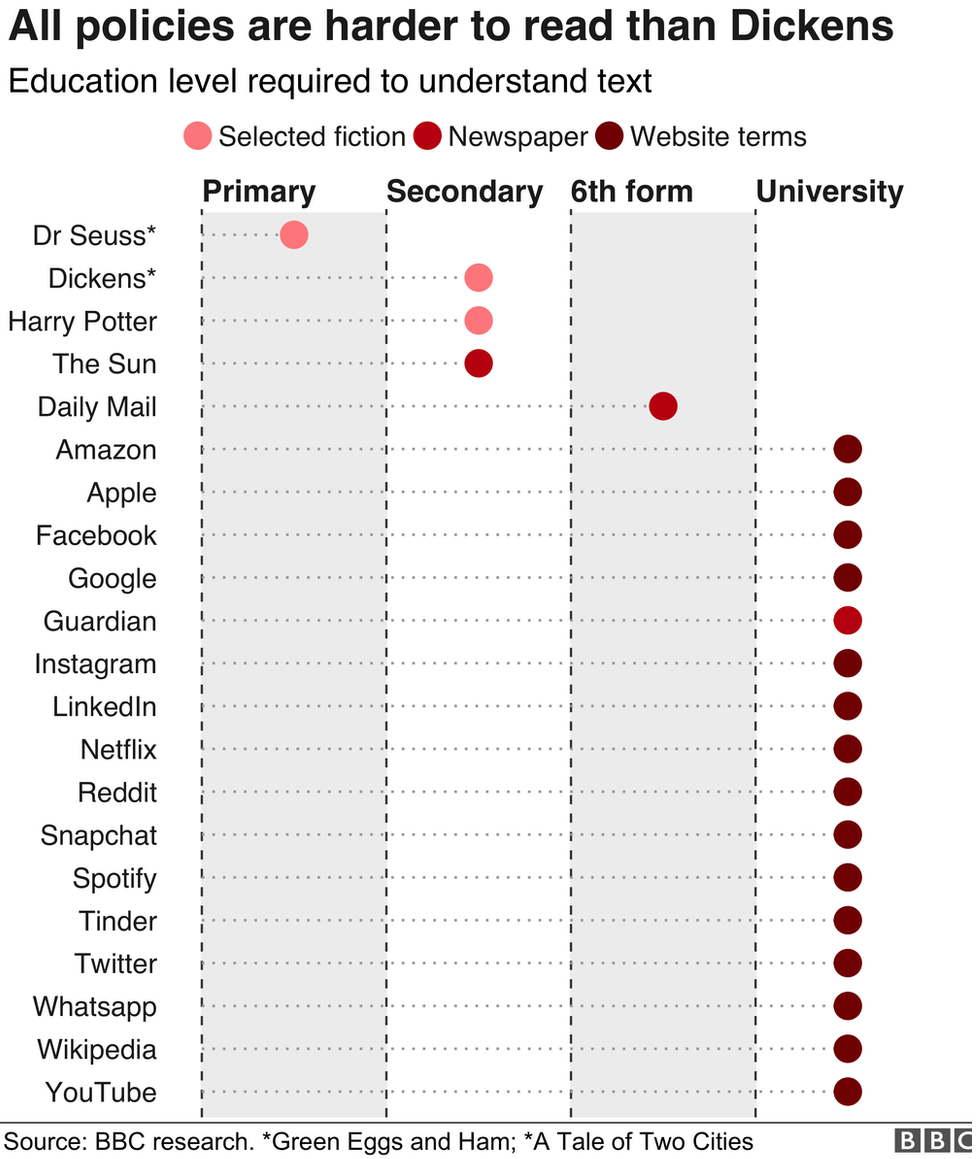 Children may be signing up to apps with terms and conditions that only university students can understand, BBC research reveals.

As well as using complex language, the BBC found that reading the terms of 15 popular sites would take almost nine hours in total.

Firms could be breaching European data rules, which require them to clearly spell out how they use personal data.

According to Buzzfeed News, Alexa will reward kids for good manners (like saying “please”).It will also temper its response to sensitive questions like “Where do babies come from?” (A: “People make people.”) and “Why are kids mean to me?” (A: “People bully, or are mean, for many different reasons. Bullying feels bad and is never OK.”)*Pause to collect yourself after picturing that heartbreaking scenario*

The implications are massive

In both scenarios above, Alexa also tells kids to talk to a trusted grown-up, but there’s no question it would play a pivotal role in the development of a child who regularly interacts with it.Whereas Facebook doesn’t have access to kids until they turn 14 (the age limit to create an FB account), Amazon will theoretically have access to kids from birth — long before they can even read or write.For kids that grow up with the device, Alexa will theoretically have a record of everything they’ve asked or listened to. And, as Amazon says on their site, “She’s always getting smarter.” My son and I do still play those competitive games, and I hope that he’s learning about practice and perseverance when we do. But those games are about stretching and challenging him to fit the mold of the game’s demands. When we play Minecraft together, the direction of his development, and thus our relationship, is reversed: He converts the world into expressions of his own fantasies and dreams. And by letting me enter and explore those dream worlds with him, I come to understand him in a way that the games from my childhood do not.

Touring the worlds that my son has settled over the last couple of years, I find a lot of the imagery one might expect from a kid his age. Throughout are standard fantasies like living in a treehouse or on a boat. The dominant themes vary as I pass through time: trains in his earliest worlds, then robots, a long streak of pyramids. Pirate ships, particularly half-sunken ones with treasure chests, remain a constant. 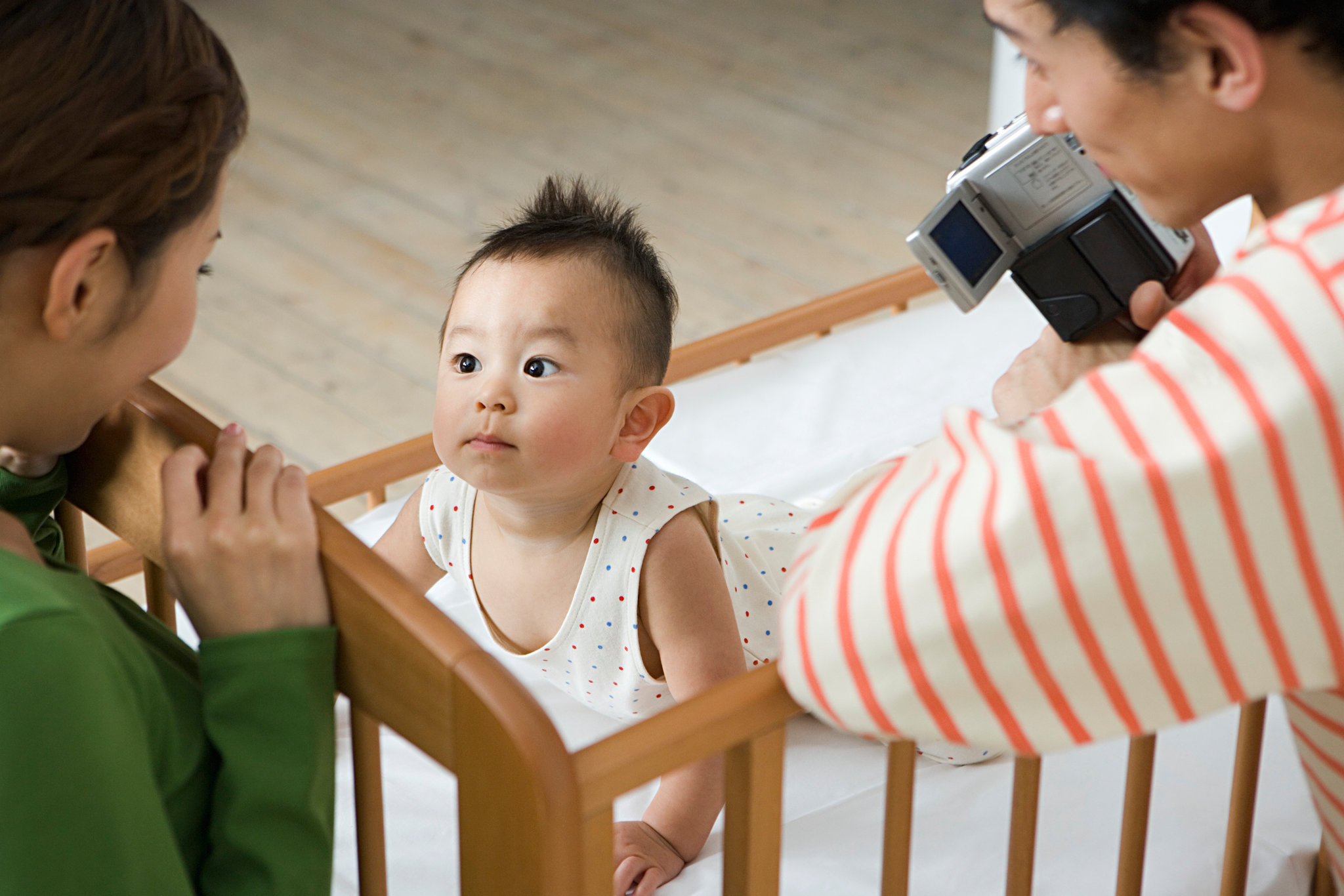 I would like to apologize to all the parents I mocked for taking videos at elementary school performances and soccer games a couple of decades ago when my children — and theirs — were young. I can remember exchanging eye-rolls with friends or with my husband when some mommy or daddy with a big state-of-the-art video camera popped up in the row in front of me at a school assembly, or pushed through the crowd to run up and down the soccer sidelines following the ball.

Who on earth would ever watch those videos, we wondered. How sad, we said to one another, to see the big moment through a viewfinder. We didn’t own a video camera, and we were a bit smug about it; we were the parents who actually watched the soccer game, or the play, who participated in the party instead of filming it. 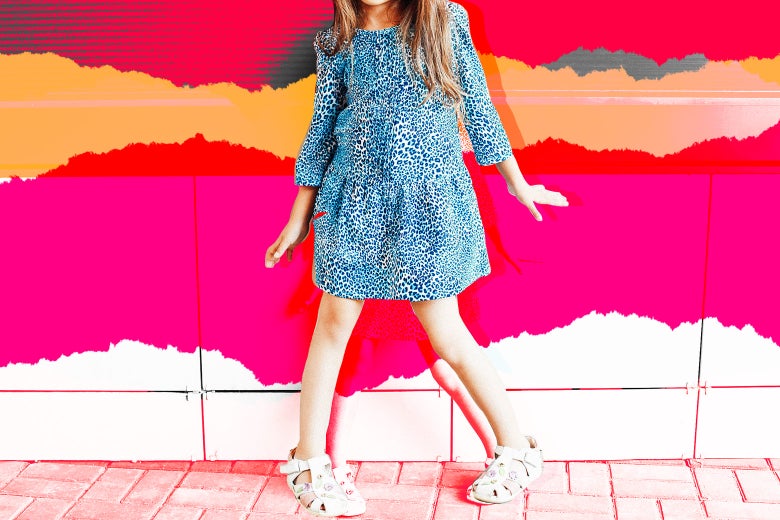 A 3-year-old parroting adult-penned lines like “Charles says the gym makes beefcakes. Then I’m a vegetarian!” may rankle only the oversensitive. It would certainly bother Holt. Sentimentality about children’s cuteness, he wrote, “always leads to callousness and cruelty” because it comes from an impulse to see children’s interior lives as “abstract and unreal.” “We look at the lives and concerns and troubles of children as we might look at actors on a stage, a comedy so long as it does not become a nuisance,” he wrote. “Since their feelings and their pain are neither serious nor real, any pain we may cause them is not real either.”

With real-life children, “cute” happens spontaneously—when your child unexpectedly hugs your vacuum cleaner (like mine has recently started doing) or tells you a funny story about a bird. But cuteness in movies, like the ones that made Shirley [Temple] famous, or on Instagram, is a carefully managed product. It’s a commodity for your consumption. The way cuteness gets sold online, in on-demand bursts, enforces the idea that a child’s cuteness—and her very person—exists in service of adults.