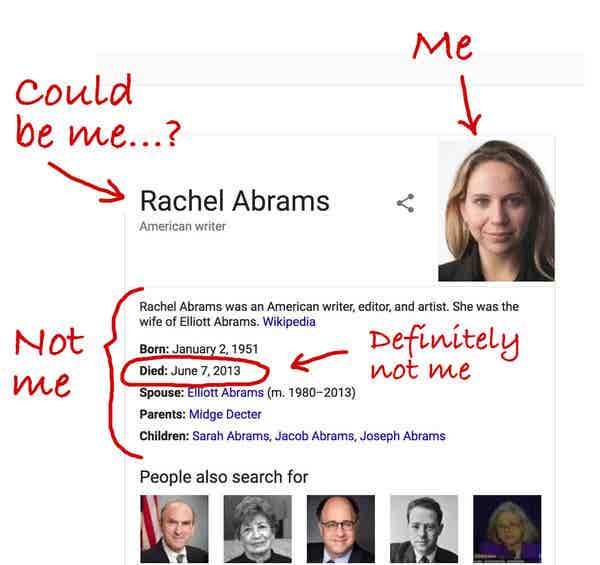 For much of the last week, I have been trying to persuade the world’s most powerful search engine to remove my photo from biographical details that belong to someone else. A search for “Rachel Abrams” revealed that Google had mashed my picture from The New York Times’s website with the Wikipedia entry for a better-known writer with the same name, who died in 2013.

My father pointed this out in a quizzical text message, but the error seemed like an inconsequential annoyance best ignored indefinitely. To anyone who knows me, it is clearly not me — I am not married, my mother’s name is not Midge, and I was not born in 1951.

But when an acquaintance said she was alarmed to read that I had passed away, it seemed like an error worth correcting.

And so began the quest to convince someone at Google that I am alive.