From the video description:

I came up with this idea last year while traveling in Roma. I wanted to take a look at the popular Trevi Fountain but I never managed to get close to it. The place was assaulted by hundreds of tourists, some of them formed a huge line to get a spot in front of the Fountain. Needless to say that I was very pissed by this sight and left for the not less crowded Pantheon.

I was shocked by the mass of people walking all around the city, yet I was one of them, not better or worst. Like all these tourists, I burned hundred of gallons of fuel to get there, rushed to visit the city in a few days and stayed in a hotel downtown… I decided to make this kind of sarcastic video but with the focus on travel and mass tourism…

While the era of mass world tourism and global world travel opened up in the 60s and 70s with the development of Jumbo Jets and low cost airlines, there is a new trend that consists of taking pictures everywhere you go to share it on social networks. During my trip, I felt that many people didn’t really enjoy the moment and were hooked to their smartphones. As if the ultimate goal of travel was to brag about it online and run after the likes and followers. 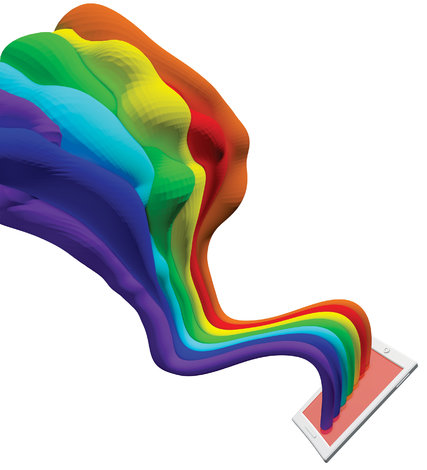 I wonder if Snapchat’s intimacy is entirely due to the ephemerality and lack of a “fave-based economy”. Blogs, Flickr, Twitter, Vine, and Instagram all started off as places to be yourself, but as they became more mainstream and their communities developed behavioral norms, the output became more crafted and refined. Users flooded in and optimized for what worked best on each platform. Blogs became more newsy and less personal, Flickr shifted toward professional-style photography, Vine got funnier, and Twitter’s users turned toward carefully crafted cultural commentary and link sharing.

Now, as Wortham notes, Instagram is largely a place to put your heavily curated best foot forward. But scroll back through time on anyone’s Instagram and the photos get more personal and in-the-moment. Even Alice Gao’s immaculately crafted feed gets causal if you go back far enough.

…It’ll be interesting to see if [Snapchat] can keep its be-yourself vibe or if users tending toward carefully constructing their output is just something that happens as a platform matures. 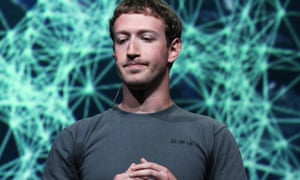 Show-offy pics of beaches, infinity pools, sundowner cocktails or hotdog legs – especially if accompanied by a “Not a bad view this morning” or “My office for the week” caption – should, on no account, be liked. It just encourages them. Instead, leave a “Don’t worry about the weather forecast and try to enjoy yourself!”-style comment to induce anxiety and dial down their smugness.

Use the comments to remind them they used to be fun. Follow with a winky face emoji to pretend you’re joking.

A popular hashtag in China #WhatIsYourLoneliestPhoto is raising that very question [of what loneliness looks like] on the popular social media platform Weibo. Thousands of people have responded by posting images which they think capture loneliness in everyday life.

Although it is unknown what exactly is happening, or has happened, in many of these photos, just by posting them alongside the hashtag #WhatIsYourLoneliestPhoto has reignited the debate about loneliness in China, and especially as experienced by older people.

“Parenting has become a digitally shared experience… Technology enables parents to share the joys, challenges and questions inherent in raising a child with their family and friends both near and far on a regular basis. Instead of mailing holiday cards or school pictures, they’re sharing their child’s milestones through photos and video online.”

I’d thought I’d seen it all. That was until a friend and die-hard Scandal fan direct messaged me a photo of my kids’ heads Photoshopped in with Olivia Pope and Fitzgerald Grant. She found it on a Scandal fan page and thought I should know.

…Like many bloggers, I take precautions to copyright my work, add some watermarks and disable right clicks. But sometimes it’s just not enough to deter a photo snatcher. Through the years, my photographs have popped up in interesting places. To name a few:

…In all seriousness, it’s more than a little disconcerting. People ask how I am not losing my mind over this, and the truth is, I have. I’ve tracked down and contacted numerous websites and asked for my family’s photos to be removed. I’ve sent a dozen cease and desist letters. Most came down without a response. Some came down with a profuse apology.

I WAS LEANING against a craggy rock on one of Mallorca’s more out-of-the-way beaches when I noticed a man perched atop a low cliff above the crystalline sea, slowly moving his outstretched hands horizontally from left to right.

“Ooh, that’s so cool,” I said, pointing him out to my girlfriend. “He must be doing tai chi.” Here was a refreshing meditative respite from the tourists with selfie sticks and GoPro video cameras who surrounded us on this unfathomably beautiful beach.

We tried to relax but instead found ourselves quietly deriding the people mugging all around us. It wasn’t enough for them to simply snap a photo and have a swim: The entire experience had to be stored in HD and uploaded so that “likes” could be tallied and feelings of vacationer schadenfreude fanned. “It’s like all the people I unfollowed on social media in one place,” my girlfriend said. “If only I could unsubscribe from these people right now.” We had to admit, though, that we found the digitally driven narcissism on display more compelling than the setting.

“The future,” I mused to her, “will be all about finding better ways to shoot photos and videos that nobody will ever want to look at.”

…“Finstas are private accounts that you only let your closest friends follow,” said Amy Wesson, 18, a student at Trinity College who has more than 2,700 Instagram followers and about 50 finstagram followers. “You post things you wouldn’t want people other than your friends to see, like unattractive pictures, random stories about your day and drunk pictures from parties.”

…Backstabbers aren’t unheard-of. Called “finsta snitches,” these people take screen shots of revealing posts and use them for leverage. Ms. López described a situation in her high school in which several students posted compromising photos on their fake accounts that eventually reached the inboxes of authority figures.

Fake Instagram accounts seem to be a distinct cultural product of people belonging to a generation raised with social media and smartphones. They are used to funneling their self-expression through many platforms, where their peers provide an instant response, much of it cutting. Because of this, finstagram, which is made for an audience of people who are tuned into the user’s point of view, has become, paradoxically, the “real” Instagram.

A teenage Instagram star has made an emotional statement about the dark side of social media, editing the captions of her own pictures saying they were artificial and self-promoting.

With more than 500,000 followers on Instagram, Australian Essena O’Neill, 18, earned an income from social media. She became a social media celebrity through posting images of her apparently picture perfect lifestyle. She now says it left her feeling empty and addicted to social media likes.

“I’ve also spent hours watching perfect girls online, wishing I was them. When I became ‘one of them’, I still wasn’t happy, content or at peace with myself.”

She said she was re-editing captions on the remaining photos hosted on her Instagram account to reveal “manipulation, mundanity and insecurity”.