In response, self-described government workers created a wave of rogue Twitter accounts that share real facts (not to be confused with “alternative facts,” otherwise known as “lies”) about climate change and science. As a rule, the people running these accounts chose to remain anonymous, fearing retaliation — but, depending on how they created and use their accounts, they are not necessarily anonymous to Twitter itself, or to anyone Twitter shares data with. 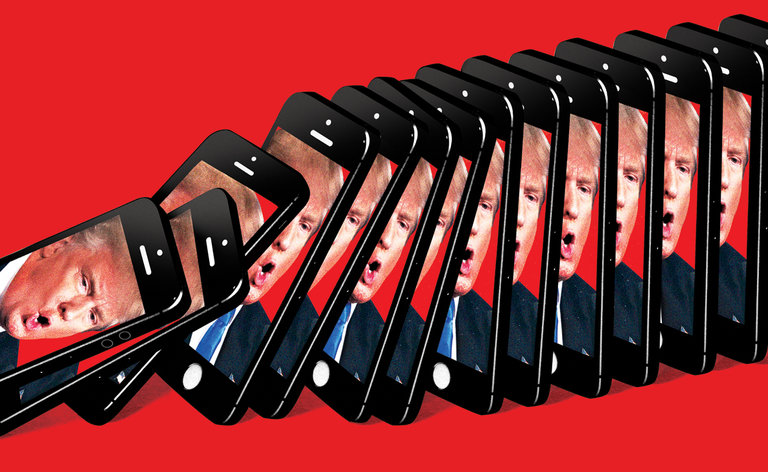 Most important, though, the movement can command the media narrative. The president has promised a lot of bold change. His boldness will involve lots of real-world consequences. Millions might lose health care coverage if he repeals the Affordable Care Act. Many might be deported if he achieves his immigration proposals.

If the last two weeks are any indication, though, none of this will happen quietly. There will be pictures and viral videos of real people facing hardship, and those pictures are sure to inspire hordes. When people are left with crippling medical bills in the absence of health insurance, or when people are deported to Mexico, you will see large gatherings on Facebook, and then on TV. 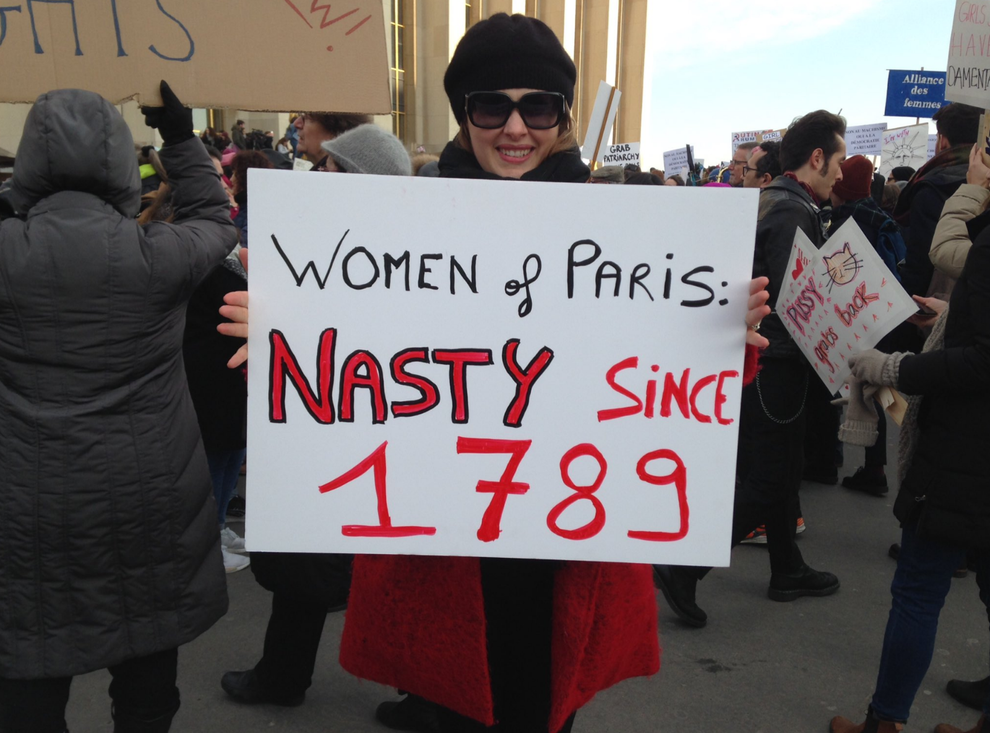 This new globalism — as Steve Bannon calls it — has not totally found its shape, but you see its outlines: feminism, internationalism, a deep concern for the rights of minorities and especially Muslims, the canaries in the coal mine of Western nationalism.

So far, Trump hasn’t shaved off much of that lefty protest tradition. And the mirror-image global movements have a lot in common: they spread and define themselves on social media and globalizing media companies — BuzzFeed and Breitbart, Huffington Post, the Guardian, and the New York Times. The protests of 1968 — from Paris to Washington — had their common features, but the tight and instant emotional connection through media is something new. Social media proved powerful and fickle in the only recent precedent for these international movements, the Arab Spring. In the United States, the new social media politics has homogenized and polarized. Will the apparently secular Trump movement follow Russia and Poland toward traditional religious values? Will the whole left embrace the notion of a unified intersectional struggle that ties social and economic values together?

Last month, my friend Tracy posted a series of messages on Twitter, including one that read, “I look like a marshmallow tied up in rubber bands.” Another said, “Scientific fact: Salt and vinegar chips taste 46% better when you’re on your period.” Once I stopped laughing, I noticed she was using a hashtag I had never seen before: #LiveTweetYourPeriod. A quick tour of the tag revealed hundreds of other posts, ranging from the oblique (images of junk food) to the grotesquely exaggerated — one tweet included an image of the pivotal pigs’ blood moment in “Carrie”; another, the part in “Alien” when a creature bursts from John Hurt’s chest.

On the surface, this seems like little more than communal commiseration, but to me, it felt like something bigger: a microprotest against a modern paradox. Social media is saturated with images of hypersexualized women, but these are rarely considered as scandalous as content that dares to reveal how a woman’s body actually functions.

Only then did she peel her eyes from her mobile device. “While we were waging battle, we screamed out news to each other,” she tells CNN. “But before and after, I’d update people on the Internet.”

It’s a high-tech response to a high-stress situation. Armed with top-of-the-line phones on some of the world’s fastest mobile networks, Hong Kong’s young protesters are able to organize themselves at a lightning pace older generations of activists could have only dreamed of.