Sure, the voice-calling function on your phone may now be one of the least important things on there — somewhere behind texting, Google, Facebook, etc. — but it’s still not something you can really avoid completely. For every app that promises to save you a call, there’s a situation that requires one: You can book a restaurant reservation or a doctor’s appointment online, but you need to call when you’re running late. You can email a job application, but then you have to wait for the special type of hell that is the phone interview. You can blanket your social-media accounts in political posts, but they don’t count for much if you don’t contact your elected officials, too.

For some people, that’s no big deal. For others, though, picking up the phone takes a Herculean effort: You rehearse what you have to say a thousand times, you dial with shaky hands, you get a panicky feeling in your chest when you hear a ring on the other end. 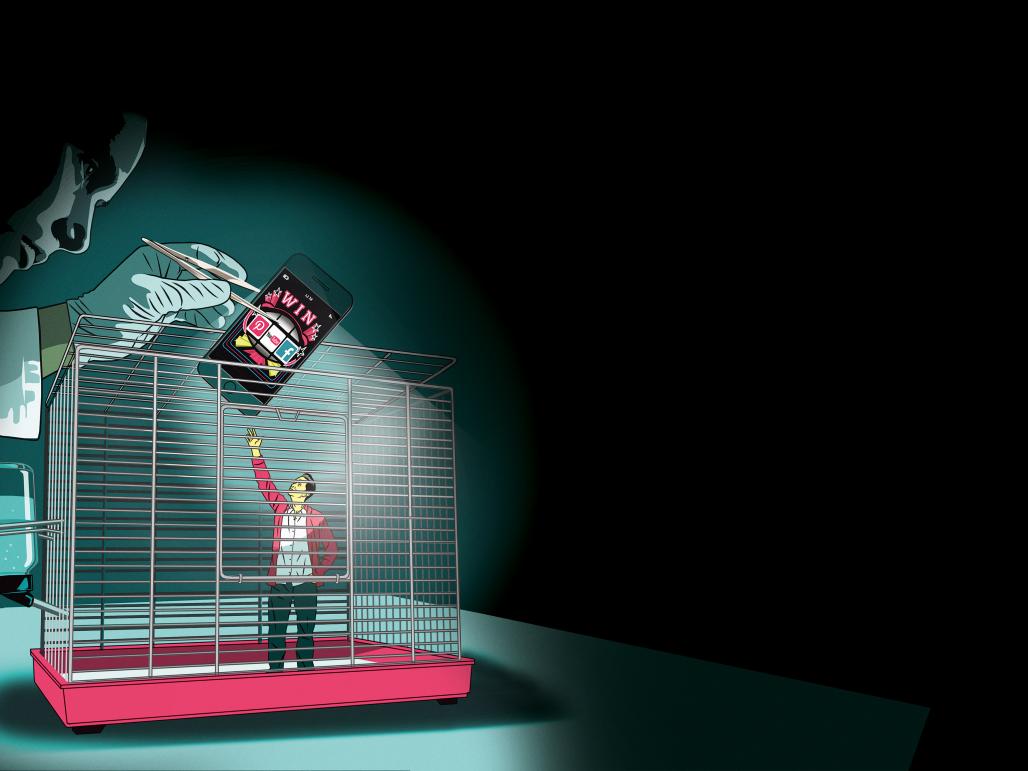 Excerpt from this article (thanks for the link Benoit!):

At the workshop, Fogg explained the building blocks of his theory of behaviour change. For somebody to do something – whether it’s buying a car, checking an email, or doing 20 press-ups – three things must happen at once. The person must want to do it, they must be able to, and they must be prompted to do it. A trigger – the prompt for the action – is effective only when the person is highly motivated, or the task is very easy. If the task is hard, people end up frustrated; if they’re not motivated, they get annoyed.

One of Fogg’s current students told me about a prototype speech-therapy program he was helping to modify. Talking to its users, he discovered that parents, who really wanted it to work, found it tricky to navigate – they were frustrated. Their children found it easy to use, but weren’t bothered about doing so – they were merely annoyed. Applying Fogg’s framework helped identify a way forward. Parents would get over the action line if the program was made simpler to use; children if it felt like a game instead of a lesson.

Frustration, says Fogg, is usually more fixable than annoyance. When we want people to do something our first instinct is usually to try to increase their motivation – to persuade them. Sometimes this works, but more often than not the best route is to make the behaviour easier. One of Fogg’s maxims is, “You can’t get people to do something they don’t want to do.” A politician who wants people to vote for her makes a speech or goes on TV instead of sending a bus to pick voters up from their homes. The bank advertises the quality of its current account instead of reducing the number of clicks required to open one.

When you get to the end of an episode of “House of Cards” on Netflix, the next episode plays automatically unless you tell it to stop. Your motivation is high, because the last episode has left you eager to know what will happen and you are mentally immersed in the world of the show. The level of difficulty is reduced to zero. Actually, less than zero: it is harder to stop than to carry on. Working on the same principle, the British government now “nudges” people into enrolling into workplace pension schemes, by making it the default option rather than presenting it as a choice.

When motivation is high enough, or a task easy enough, people become responsive to triggers such as the vibration of a phone, Facebook’s red dot, the email from the fashion store featuring a time-limited offer on jumpsuits. The trigger, if it is well designed (or “hot”), finds you at exactly the moment you are most eager to take the action. The most important nine words in behaviour design, says Fogg, are, “Put hot triggers in the path of motivated people.”

If you’re triggered to do something you don’t like, you probably won’t return, but if you love it you’ll return repeatedly – and unthinkingly. After my first Uber, I never even thought of getting around Palo Alto any other way. This, says, Fogg, is how brands should design for habits. The more immediate and intense a rush of emotion a person feels the first time they use something, the more likely they are to make it an automatic choice. It’s why airlines bring you a glass of champagne the moment you sink into a business-class seat, and why Apple takes enormous care to ensure that a customer’s first encounter with a new phone feels magical. 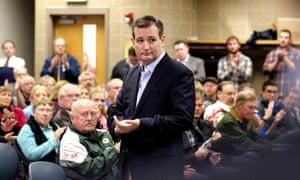 Ted Cruz’s presidential campaign is using psychological data based on research spanning tens of millions of Facebook users, harvested largely without their permission, to boost his surging White House run and gain an edge over Donald Trump and other Republican rivals, the Guardian can reveal.

A little-known data company, now embedded within Cruz’s campaign and indirectly financed by his primary billionaire benefactor, paid researchers at Cambridge University to gather detailed psychological profiles about the US electorate using a massive pool of mainly unwitting US Facebook users built with an online survey. 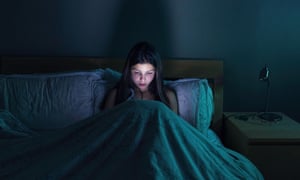 Parents should not constantly check their phones…

Young people need boundaries. Relying on self-management for children may not work well – when the technology is there, they tend to use it. I don’t think schools should necessarily employ an outright ban but one approach might be to bring children, teachers and parents together and draw up some guidance. If children are involved in setting rules they are more likely to adhere to them and enforce them in others. They would also need to decide on sanctions for those who break them…

Banish phones at bedtime and during homework 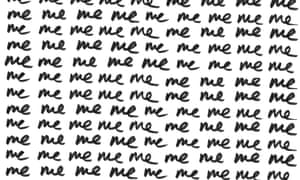 The damage narcissism brings can be quite amorphous and ill-defined. “Much of our distress,” MacDonald notes, “comes from a sense of disconnection. We have a narcissistic society where self-promotion and individuality seem to be essential, yet in our hearts that’s not what we want. We want to be part of a community, we want to be supported when we’re struggling, we want a sense of belonging. Being extraordinary is not a necessary component to being loved.”

The full-blown disorder is associated with harsh, critical parenting, but a mass rise in narcissistic traits is partly ascribed by MacDonald to lax and indulgent parenting: “[With] parents seeing their children as extensions of themselves – they want to be mates, the boundaries aren’t set – the child gets very confused: ‘You’re great, you’re terrific.’ Maybe we’re not, maybe we need to know we’re just ordinary.”

There is a context even broader than Twitter: a competitive culture in which asserting one’s difference, one’s specialness, is the bare minimum for being market-ready.

I’ve long spoken of the idea that much social media has turned into “social peacocking” — showing yourself in a favorable light online, presenting only the happy moments, a “highlights reel” of your life, so to speak, and how this leads to FOMO in others. Look at me: here I am doing cool things, in interesting places, with beautiful people.

…It occurred to me that the real problem was not the showing off. The eminence grise that was Carl Jung showed us what can happen to those who stay on the sunny side, and only on the sunny side of life. Jung posited the idea of The Shadow, the dark side of one’s character. The Shadow is not only what is evil, but what is petty, selfish, childish, annoying, and usually unconscious. The more a person acknowledges his shadow, and brings it into consciousness, the healthier and more whole the person will be. But if driven underground and sent into hiding, The Shadow will take on a life of its own, like Dr. Jekyll and Mr. Hyde.

…Social peacocking is life on the internet without the shadow. It is an incomplete representation of a life, a half of a person, a fraction of the wholeness of a human being. It’s the lonely crowd, the network and society, and not the community… We have to bring The Shadow back into our technology if we are to live there and find our humanity reflected back to us. In our strivings to be better, we must not forget to be whole.