Secret, a social messaging start-up that let people post messages anonymously until it shut down, was the talk of the technology world.

The start-up had raised more than $25 million in venture capital and was valued at $100 million in 2014, at less than a year old. For a while, Secret grew like a weed, as people swapped gossip and other tidbits on the service without revealing their identities.

Yet secrecy, it turned out, was not enough to guarantee that the company would remain a hit. The anonymity that Secret afforded let the service be used as a playground for bullies. So 16 months after Secret opened for business, the founders shut down the company and returned the bulk of the money to investors.

David Byttow, one of the founders and the former chief executive of Secret, discussed some of the lessons he learned in building the anonymous social service, how things went wrong and what he plans to do differently as he builds his next company. This interview has been edited and condensed. 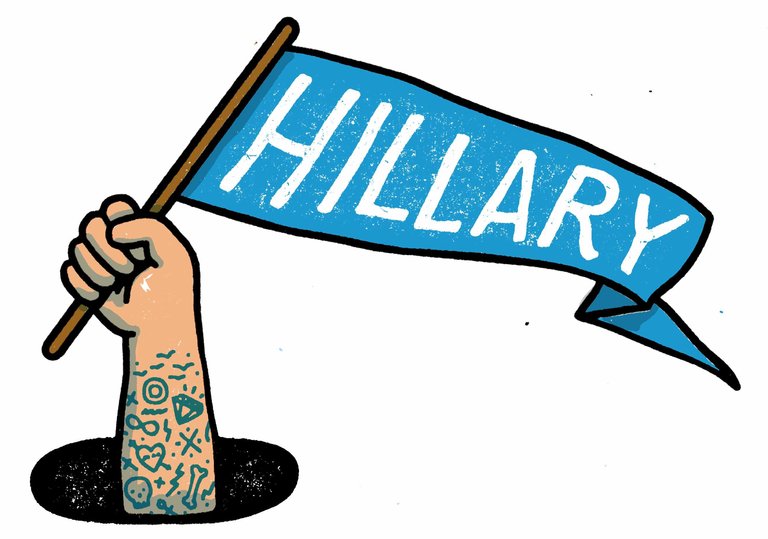 Some are small, with just a couple of hundred members, while others number into the thousands. All of them began as a “secret” — or, as secret as one can be with an invite-only Facebook group.

The groups are “safe spaces,” members say: a way to discuss policy and celebrate good news without having to defend; a place to bring up doubts about their candidate — What’s the deal with the emails? What about her changing stance on gay marriage? — and work through them together with a nuance not typically afforded on the internet.

… “It’s like a secret society,” said Ashley Kreamer, 37, a film editor in Brooklyn, who is a member of two such groups on Facebook. “A secret society of Hillary Clinton supporters.”

For most of 2016, to be a vocal supporter of Mrs. Clinton — in certain circles of Bernie Sanders-supporting progressives, anyway — was to be the square in the Lacoste shirt cast to the corner of the hipster prom.

“I was yelled at when I wore my Hillary shirt to a grocery store in West Hollywood, possibly the most ‘accepting’ neighborhood in the whole world,” said Kate Hess, a 38-year-old producer in Los Angeles.

The spilling of personal secrets online, a practice borne of the print tradition of asking for advice, is similarly greater than any individual secret. Before apps like Secret and Whisper, there was Group Hug and PostSecret—the inspiration for which came from early-aughts projects like Found magazine, which publishes scraps of found paper like grocery lists and notes left on windshields, and confessions in public spaces like bathroom graffiti. PostSecret began by asking people to mail their secrets on postcards that would then be scanned and published online. Subject matter runs the gamut from heartbreaking to silly to uplifting to shocking.

… “When other people hear people sharing secrets it allows them not to feel alone,” said Frank Warren, the founder of PostSecret. “It allows them to feel almost instant empathy and it gives them courage to face and share.” PostSecret still has a website, but it shut down its app three years ago after only a few months because Warren was concerned about bullying and hackers who made community members feel unsafe, he said.The appeal of telling an anonymous secret is as much the anonymity as it is the catharsis of revealing something. And anonymity has as venerable a history online as advice-seeking had in print. “I see Whisper, Secret and others as part of the same movement as Snapchat and Glimpse,” said Ethan Zuckerman, the director of the MIT Center for Civic Media, in an interview last fall. “When everything is on the record and attributable, we’re all feeling a need to breathe. That might mean being able to have a one-on-one conversation that’s hard to archive, or to have a space where you can truly speak freely.

…”The web is a very powerful place where we can express parts of who we are in ways we just can’t in our everyday social lives, which I think is powerful, liberating, a little bit scary and can be very uncomfortable to people in the short term,” Warren told me. “But in the long term, I think it allows us to work out some of the parts that are hidden within us individually and as a culture. It’s a difficult process. But it’s always healthy to illuminate those parts of us that are otherwise in darkness.”

An anonymous social networking app that lets you share your innermost secrets is launched in the UK today.

Secret has been a big success in America, where people share short text and image posts with their social network but without revealing their name.

Users like Mr. Gohain are flocking to use the app, called Hike, for just that reason: It can keep a secret. In June the free service, which is less than two years old, surpassed 20 million users, making it by far the most popular Indian-made instant messaging system… Indians commonly live with their parents well into their 30s, and it is not unusual for middle-class families in smaller towns to share a single smartphone because of the cost, making privacy still more complicated. Hike’s developers knew those challenges because they had also faced them.

By filling their contact list with fake profiles and one genuine profile, the hackers were able to identify the secrets admitted by the genuine friend.

Using this method, the pair were also able to see that Secret’s chief executive David Byttow had posted via the app: ‘Is Lucy the cutest dog?’