How to become friends with someone on twitter:
-quietly stalk their twitter
-like and retweet their tweets occasionally
-make a witty reply to their tweet
-BUT NOT TOO MANY TIMES OR THATS CREEPY
-end up liking all their tweets
-DONT HAVE A REAL CONVERSATION WITH THEM THATS ABSURD

Call me crazy, but I know I’m not the only one. How many of us can honestly say we’ve never trawled through the social media feeds of our exes, their new partners, or that friend you fell out with years ago?

With so much information at our fingertips, it’s not hard to build up a clear picture of someone’s life – even if they’re a complete stranger. You can find out where they live, work, and regularly hang out, all thanks to social media.

For me, it’s become a kind of hobby. A few times a day, I check up on Reena, my exes and their girlfriends, and my current boyfriend’s ex. I just tap on their Instagram and watch their lives play out through photos and Insta stories. 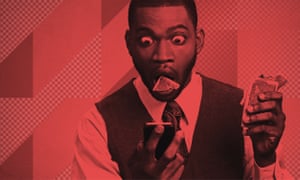 One of the most luxurious guilty pleasures made possible by social media is methodically working your way through a new acquaintance’s profile, noting years of bad haircuts, weight gain and loss, and changes in job, partner and political views.

…Everybody lurks. Only the blithe let on.

Discussing social media in person is gauche at the best of times – my rule of thumb is to never make explicit reference to any post more than 24 hours old and, when possible, to act as though I’ve been made aware of a recent holiday or break-up via clairvoyance or extreme empathy.

But it is all too easy to betray your presence on your target’s profile by accidentally liking a post, thus prompting a notification exposing you as a creep.

There was the breadcrumb dropped on Valentine’s Day, by the ex-girlfriend of my friend. The two women hadn’t spoken in months, after a prolonged breakup, and the ex was now seeing somebody new. Yet there she was, on the day of Hallmark-themed romance, “liking” my friend’s Instagram photo … from three weeks ago. Which meant she had to have been scrolling through her feed.

There was the friend, a digital strategist who, every few days, would receive a “sup” from a recruiter, except that the recruiter would never set up a time to meet. Once, my friend returned to his desk to find a “failed Google hangout” notification from this person, to which the recruiter later messaged to apologize for the “butt dial.”

…For anyone who’s ever dated, or maintained any kind of relationship, in the digital age, you have probably known a breadcrumber. They communicate via sporadic noncommittal, but repeated messages — or breadcrumbs — that are just enough to keep you wondering but not enough to seal the deal (whatever that deal may be).

Breadcrumbers check in consistently with a romantic prospect, but never set up a date. They pique your interest, of that prospective job, perhaps, by reminding you repeatedly that it exists, but never set up the interview.

…Like most of today’s torturous microcommunications, we have technology to thank for breadcrumbs. Sure, they may have existed a decade ago (a nod on the street, a “what’s up” in the hallway — these were technically breadcrumbs, right?) but they didn’t have quite the same “desperate wondering about what someone means,” Ms. Simmons said.

“These are connections, not conversations,” said Sherry Turkle, a professor at M.I.T.

The internet is an unrelenting enabler of our flaws and an unforgiving archive of them—so should you google your new love interest, or hold off? And what if they google you first?

…Unwelcome Search Result No. 1: My Evil Twins. I, like many people, have my share of Google doppelgängers, some of whom have decidedly odd hobbies or are otherwise, shall we say, the date-scaring types. Decades older. Civil War-obsessed. Freemasons.

Unwelcome Search Result No. 2: The Old Me. The me I wished to forget. The me that still lingered in the internet’s scrapbook of Doug’s Greatest Hits of Awkwardness. School photos from the days of Zubaz and a white-boy ‘fro. Sporting achievements that betrayed my utter lack of athleticism, like my glacier-paced 10K time and my even less impressive showing as a “mathlete.” Or, God help me, poetry.

Worst Search Result of Them All: The Real Me. As a struggling travel writer, I had a website full of struggling-travel-writer things: a where-I’ve-been list of decidedly non-exotic places; a blog I updated with the same sporadic, haphazard approach I applied to getting my car’s oil changed; a smattering of articles I’d written for unrecognizably obscure publications. An accurate representation of me, yes—but that was the problem.

…In a dozen keystrokes and two clicks, I’d gained access to more specific information about my downstairs neighbor than I have about most of the people I actually know. The extent of my hope in googling my neighbor had been to find out what he did for work, and to marvel at how he and his cohabitant could afford such an enormous apartment. I thought at most I’d find his Facebook, and maybe find out whether the two of them were married. Within an hour I’d learned they weren’t, but could pinpoint their upcoming nine-year anniversary within a matter of days. With a single scratch, I’d opened a gushing wound of auto-reportage, learning answers to questions I never would have thought to ask about a pair of strangers. Now that I’d found what I’d found, however, my curiosity was catching up to my knowledge.

…Under normal online circumstances, the notion of “stalking” as it’s commonly used—Facebook stalking, or Instagram stalking—seems to me overstated. It’s not a matter of hacking, or of breaking and entering anything; it’s often simply a matter of paying greater-than-passing attention to someone or something accessible through public channels, or at least channels to which you’ve been granted access, via friend request. Even the language we use—“friending” on Facebook, but “following” on most other platforms—underlines the stranger-based nature of the interaction. At a time when googling is standard operating procedure for a coffee date, how weird is it to follow the thread a bit further?

…In certain moods, I flatter myself that they might have been keeping tabs on me, too. That in my squirrelly unfriendliness, I might have inspired some malicious curiosity about just what I, with my ripped jeans and tote bags, was doing in their building, they of the Dual Income and No Kids. I wonder if some mislaid issue of the New Yorker may have opened me up to googleable scrutiny; I wonder, once this ode to the Downstairs Gays—my Downstairs Gays—is published, if they might find it, and whether they’ll recognize themselves if they do. If they can help being deeply disturbed, I wonder whether they might feel a tinge of sadness at my absence, and a well of gratitude that we can still know each other, without knowing each other, from afar.