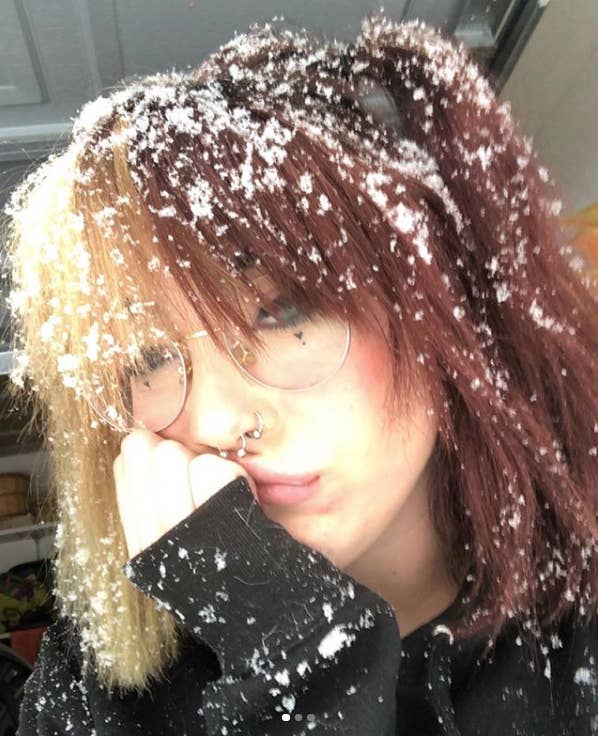 …it’s a perfect encapsulation of egirls — a new kind of cool girl who was born and lives on the platform. She’s funny, she’s cute, she’s totally ’90s, and she knows exactly how to play with expectations…

Egirls have become a very visible demographic on TikTok — and, it appears, only on TikTok — consisting mainly of teenagers. The traits of an egirl are as ironic as they are oddly specific.

The makeup is the most iconic part of the look — thick black eyeliner with wings and cute little shapes drawn with the same eyeliner under the eyes. Usually the shapes are hearts, but sometimes they’re dots or x’s, and they’re drawn with the sure hand of someone who grew up idolizing beauty bloggers. Across the cheeks and nose is a bright sweep of blush, with a touch of highlighter just on the button end, usually sitting above a septum piercing. Lips have either a clear gloss or a dark matte lipstick.

TikTok is an app. It's very similar to Vine. Folks use it to create and share short videos that are hilarious and often hard to understand unless you are familiar with the meme. I'll try my best to explain my favs. In the meantime, download the app because it's so good. https://t.co/sEIxkjV5RC 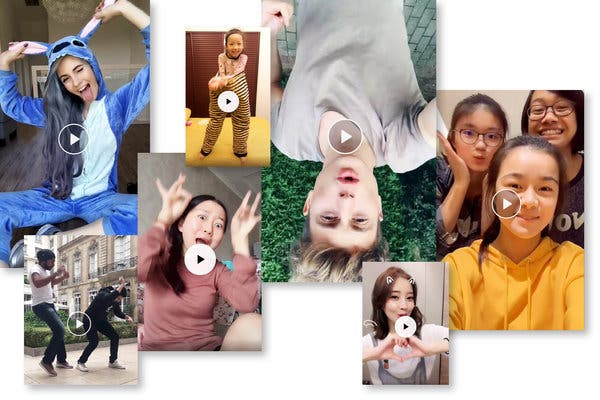 A Chinese internet company that serves up homemade break-dancing videos, dishy news bites and goofy hashtag challenges has become one of the planet’s most richly valued start-ups, with a roughly $75 billion price tag. And it has big plans for storming phone screens across the rest of the globe, too.

You may not have heard of the company, Bytedance. You may never have used any of its breezy, colorful apps. But your nearest teenager is probably already obsessed with Musical.ly, the video-sharing platform that Bytedance bought for around $1 billion last year and folded into its own video service, TikTok.

“Frankly, it’s meaningless stuff,” said Dong Yaxin, 20, a college student in Beijing who says he is active every day on Douyin, the Chinese version of TikTok.