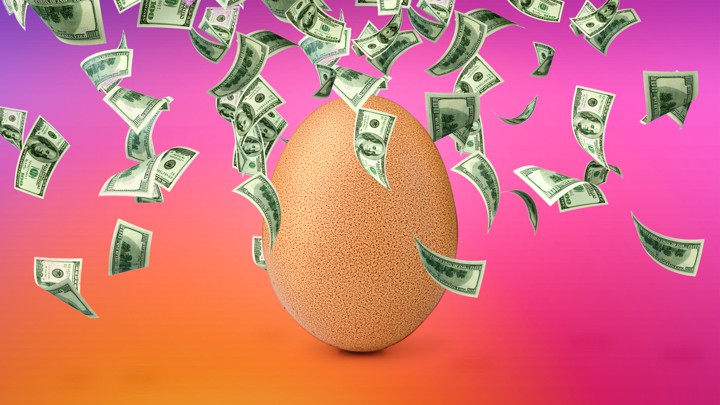 Still, interest from companies and digital-media planners hasn’t slowed. Because in 2019, every viral moment is a branding opportunity. “Being the first brand to crack out of the egg is worth at least $10 million,” said Nik Sharma, the head of the digital agency VaynerMedia’s direct-to-consumer business. He added that he would even advise clients “to spend on the egg instead of the Super Bowl.”

Kyle Bunch, the managing director of partnerships at R/GA, an advertising agency, also compared the egg to a Super Bowl ad. “If you have something really good to put in that expensive placement, then it could be worth it,” he said. Charlie Joslin, a social strategist at GSD&M, an agency in Austin, said one of the company’s clients has already inquired about partnering with the egg. “It’s an appealing opportunity for a lot of brands,” he said.

In the weeks since the egg went viral, countless people have tried to get a piece of the action. Last week, Instagram star Supreme Patty was incorrectly named the owner of the account after a member of his crew drunkenly bragged to a TMZ reporter. And Ishan Goel, a marketer, also claimed to have partnered with the egg and played a role in its viral success. In fact, he never partnered or worked with the egg in any sort of official capacity, and the egg has since blocked him on Instagram. The egg confirmed via Instagram direct message that it has not partnered with Goel or Patty.

Let’s set a world record together and get the most liked post on Instagram. Beating the current world record held by Kylie Jenner (18 million)! We got this 🙌 #LikeTheEgg #EggSoldiers #EggGang

“Let’s set a world record together and get the most liked post on Instagram. Beating the current world record held by Kylie Jenner (18 million)! We got this,” the post says.

By Sunday morning, the egg photo had around 9 million likes; within 10 hours that number had doubled, breaking Jenner’s record. The egg appeared to be getting around a million likes per hour once it started going mega-viral on Sunday.

BuzzFeed News reached out to the mysterious egg account, and the account holder replied that it was actually being run by “Henrietta” — a chicken from the British countryside. Henrietta declined a phone interview but agreed to answer questions via email.

UPDATE Feb 6, 2019: And more revealed about the egg, “Instagram’s most-liked egg cracks to reveal a mental health advert” (link to article on BBC).